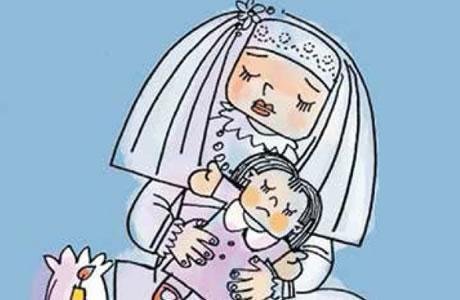 Official figures indicate that 180,000 early marriages take place in Iran every year and comprise 24 per cent of the total number of marriages.

Mostafa Amani, general director of the Registrar of Lorestan Province, said there were 1,126 marriages of girl children under 15 in Lorestan province over the past year in that province.

Early marriages of girl children are one of the most vivid examples of child abuse.

Other reasons include poverty and economic problems which compel low-income families to give their daughters to marriage in young age in a bid to resolve part of their economic problems. (The official IRNA news agency – August 5, 2018)