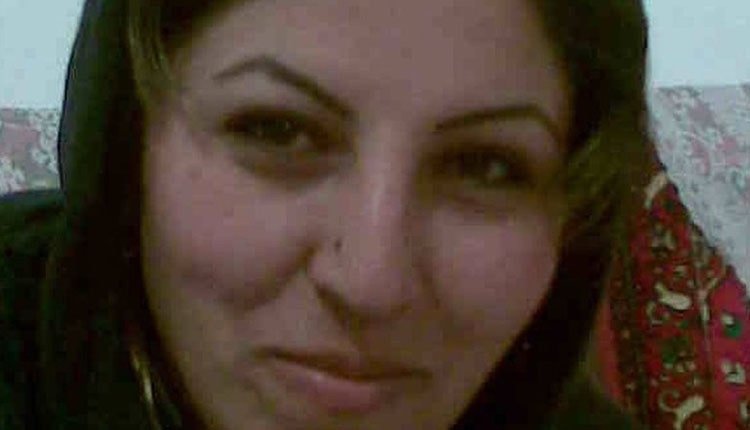 The death penalty was upheld on June 24, 2019, for Soghra Khalili, incarcerated in the Central Prison of Sanandaj.

She has been imprisoned for seven years in the Central Prison of Sanandaj, capital of the Iranian Kurdistan Province.

Soghra Khalili was born in 1983, in the village of Bisaran near the city of Sarvabad, in Kurdistan of Iran. She has been in jail since June 5, 2012, on death row for murder.

Omid Badri, husband of Soghra Khalili, said in this regard, “The death verdict was issued in 2015, but the murder my wife committed was in defense of her dignity. There was a man who disturbed my wife and harassed her. The residents of our village know that the victim had harassed several other families in same way and put pressure on other married women. Ali (the victim) did not leave my wife alone, while she was a married woman. Finally, my wife got tired and stabbed him to death.”

Mr. Badri said about his son, “My wife has been seven years in jail. She has a 4-year-old son who lives with her in prison…. We have another son who is now 14 years old. Two months left to the implementation of the verdict, if we do not pay the blood money, Soghra will be executed. We need to receive help from benevolent people.”

International laws discourage issuing prison sentences for women due to their roles as mothers and caregivers. Rule 61 of the United Nations Rules for the Treatment of Women Prisoners and Non-Custodial Measures for Women Offenders (the Bangkok Rules) reads, “When sentencing women offenders, courts shall have the power to consider mitigating factors such as lack of criminal history and relative non-severity and nature of the criminal conduct, in the light of women’s caretaking responsibilities and typical backgrounds.”

Eighty-nine women have so far been hanged during Rouhani’s term in office. Fatemeh Nassiri was the last woman who was hanged along with a man on June 19, 2019, in Gohardasht Prison in Karaj.

Call for censure of the mullahs’ hostage-taking, urgent action to free Nazanin Zaghari