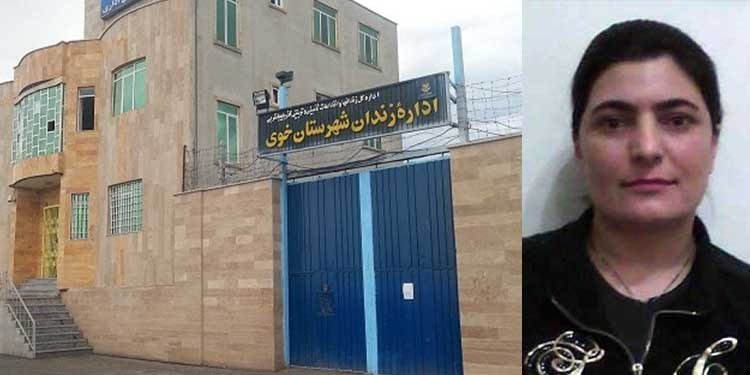 The Ministry of Intelligence and Security (MOIS) has been preventing granting furlough to Kurdish political prisoner Zeinab Jalalian for medical treatment, despite her family’s depositing of a bail bond.

Mr. Ali Jalalian, Zeinab’s father, has been cited as saying that she is suffering from intestinal complications and heart problems. Jalalian family deposited one billion tomans for her bail bond despite difficulties but the MOIS is handling the case of Zeinab Jalalian and refuses to accept the bail.

Mr. Jalalian said his daughter has been in jail for 12 years and their inquiries to get her released temporarily for medical treatment have gotten nowhere. Even in recent weeks, when Zeinab Jalalian’s brother passed away, they did not allow her to attend his funeral.

Kurdish political prisoner Zeinab Jalalian was arrested in March 2008 in Kermanshah at the age of 25. She was first sentenced to death which was later commuted to life sentence on the charge of “enmity to God” and “membership in Kurdish parties.”

She has several medical conditions, including heart, intestinal, and kidney problems, as well as an oral thrush or candidiasis that has caused painful white bumps on her tongue and interferes with her ability to eat and swallow. She also suffered from a severe dental infection.

Zeinab Jalalian is at risk of losing her eyesight in prison as she is being denied surgery for a worsening eye condition called pterygium, which is impairing her vision and causing her severe discomfort.

The right side of her body is numb, the reason for which remains unknown, as she has not received any diagnostic tests.

Additionally, she is experiencing dips and spikes in her blood pressure, which the prison doctor has said is linked to the stress and psychological pressure she is under.