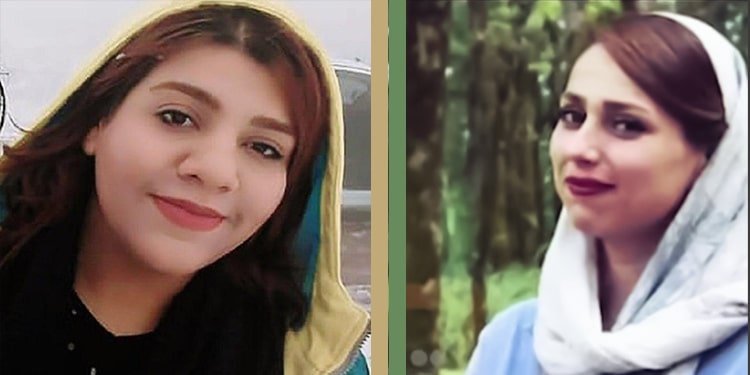 Six months after hundreds of protesters and civilians were killed by unlawful force during the November 2019 protests, authorities have yet to provide the families of protesters with answers about their loved ones’ deaths. Instead, the families have had to settle for proposals of money and “martyrdom.” The families of Shabnam Dayani, Azadeh Zarbi, and Farzad Ansarifar were threatened as a means of forcing them to keep their silence.

Regime officials pressured several families of protesters killed in November to acknowledge that their loved ones were “martyrs” and to take money in exchange for their silence.

Shabnam Dayani was among the protesters in the nationwide uprising in Shiraz, in November 2019. She was killed on November 16, 2019. Shabnam Dayani and 12 others were run over by the vehicles of the IRGC-paramilitary force, the Bassij. The Bassij agents subsequently opened fire on all of them.

According to an eyewitness, when Shabnam’s parents went to collect their daughter’s body, authorities threatened them and instructed them to give interviews in which they would declare their daughter’s death an accident.

In an interview published on social media, Azadeh Zarbi’s family described the days after Azadeh’s death as follows:

“The first day at the hospital, she was right there in front of us, and we went home in the middle of the night. The next day, [hospital officials] said they had delivered the body to the coroner’s office in Tehran. They [the coroner’s office in Tehran] denied it for two days and said they did not have such a person. Then they sent us to the Kahrizak coroner, who said that such a person is not here. From there, we were sent to the coroner in Ghaleh Hassan Khan (Qods), but they also said that there was no such person.

“We finally found a family member at a coroner’s office who said the body had been transferred to the Shahriar coroner.”

Azadeh Zarbi’s parents said that because of their acquaintance, the Shahriar coroner did not require them to pay for the bullets that killed their daughter. But to retrieve the body, they had to write repeatedly to officials and sign written commitments.

According to the family, “We pledged not to form a crowd, not to mourn, not to connect with the families of other deceased protesters, and not to speak to the media. After we made these commitments, we were allowed to have six people attend the funeral. The security forces chose the cemetery themselves, at the farthest point of Kamalshahr. They even chose the plot at the cemetery where she was to be buried.”

During the funeral and the burial ceremonies, the plainclothes officers who were in attendance kept reminding the family to “control themselves.”

“Even when the body was delivered to the cemetery, two female officers came and sat next to Azadeh’s mother. They didn’t let her speak, and no one was allowed to talk to her.”

Azadeh Zarbi’s family went to the police station to file a complaint. But they were told that State Security forces had not fired [against their relative]. They didn’t say, ‘we weren’t there;’ they said, ‘the person who fired was not one of our agents.’ They forced the family to pledge in writing not to talk about this with anyone.

Farzaneh Ansarifar also spoke of being threatened as a way of securing her silence about her brother’s martyrdom in the 2019 uprising. Farzad Ansarifar, a 27-year-old construction worker, was killed during the nationwide protests on November 16 in the city of Behbahan in Khuzestan Province.