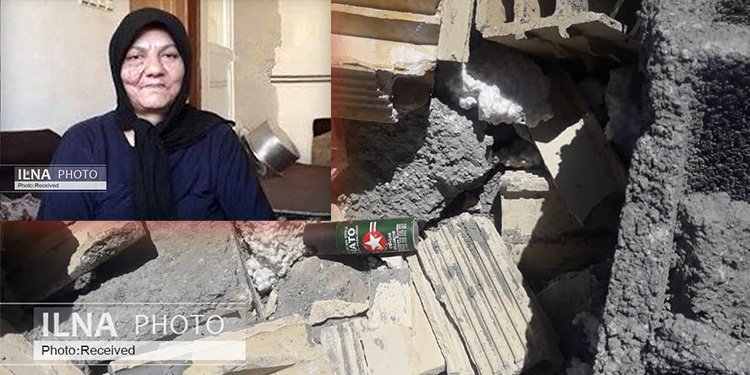 38 million Iranians living in slums, outcome of 41 years of the mullahs’ rule

The majority of the people of the world have been experiencing some kind of an economic problem, losing jobs or not being able to make ends meet due to the coronavirus pandemic. In these circumstances, all governments are doing what they can to help their citizens get through this difficult period. However, in Iran where the majority of people and particularly women are unemployed, or have lost their jobs due to the shutdown of production units, the government is virtually doing nothing except lifting the restrictions and sending people back to work without taking any preventive and protective measures.

Instead of helping the low income sectors and those who do not have any source of income, the ruling regime in Iran is destroying and bringing down on their heads the so-called houses they have made with their own sweat and toil. And the deprived women are suffering most in such situations.

A woman murdered during the attack on Fadak township

In the morning of Tuesday, May 19, 2020, agents of the third municipal district of Kermanshah, raided Fadak Township with loaders and bulldozers. Without giving prior notice to the residents, municipal agents razed the little houses of the slum dwellers as they were asleep. Municipal agents brought down the roofs and the people’s furniture and belongings remained under the rubbles.

Asieh Panahi, 58, who stood up to the agents was seriously brutalized. She suffered a fatal heart attack after the agents sprayed her with pepper gas. Asieh Panahi supported her four daughters and three sons.

The clerical regime’s officials initially tried to whitewash the murder, claiming that Ms. Panahi was an addict who had been arrested but lost her life while being taken back to a rehabilitation camp in Cheshmeh Sefid. (The state-run ILNA news agency – May 25, 2020)

The false claim was never believed by the public opinion.

Finally, on May 29, one of the regime officials admitted that municipal agents had murdered the 58-year-old mother. Reza Salehi, head of Kermanshah’s Razi University Bassij, in a video clip sent to Farhikhtegan Online, said, “The day the Municipality’s Implementation Unit went to the region, the residents had not yet received the Municipality’s written warrant to raze the houses and they were not informed. The municipality’s unit arrived in the region and started razing the houses, without giving their residents the opportunity to take their furniture out.”

Salehi also reiterated that municipal agents used anti-riot equipment including pepper gas, batons, etc. to deal with the residents of Fadak, and they murdered the 58-year-old Kermanshahi woman by pepper gas.

According to the residents of Fadak Township, Asieh Panahi had moved into her house, built with the help of other residents, only four days before. Asieh several times told the agents that she suffers from a heart problem and they should not spray her.

One of the residents of Fadak township said about Asieh: “The loaders arrived. Asieh said, ‘You must walk over my dead body to raze my house. I don’t remember exactly how Asieh got into the loader’s fork, whether she went by herself or the agents pushed her in. But after this incident, they called in a few female agents. The women wanted to open the door, but when they did not manage to do so, they lobbed the spray inside through the window. Those women took out the clothes of Asieh’s 10 to 12-year-old grandchild who was crying out and badly beat her up. After razing the house, they pushed Asieh and her daughter into a van and left. Two hours later, news came that Asieh had died. Just an hour after death, agents came to find her birth certificate and identification papers.”

The video clip and pictures of Asieh sitting in the fork of the loader which had gone to destroy her house was widely disseminated in the media and the cyberspace, bespeaking of the courage of this woman standing up to the regime’s suppressive forces.

Eyewitness accounts on the inhuman raid by municipal agents

In the course of this inhuman raid by Kermanshah’s municipality, the residents of Fadak Township did not even get to remove their furniture and other belongings out of their homes, and they were destroyed under the rubble.

Ali, one of the residents, described the raid as follows: “We were all asleep when they started to raze our homes without the slightest prior notice. They sprayed our 25-meter house through the window. When I opened the door, I could not see anything. They sprayed my eyes. More than 100 agents had surrounded us.” (The state-run Entekhab website, May 30, 2020)

Ali’s wife added: “This incident happened in the final days of (the Holy fasting month of) Ramadan. The agents started razing and did not give us any chance to bring out our furniture and belongings… (The municipal agents) just destroyed and ruined everything without answering (our pleas). They threw me and my daughter out of the house. We didn’t know why they had come, what for and where from? They took me and daughter to the Cheshmeh Sefid camp, too, and held us there until around 1 or 2 p.m. We cried and sobbed so much until they returned us. My daughter is still coughing after 7 or 8 days (since the attack) because of the pepper spray.”

A reporter who visited Fadak region after Asieh’s death, wrote: “I passed across the houses, one after the other. I reach a ruined house where a young couple and their child were walking around through the rubble. Everything has been demolished here. All the dishes, the refrigerator, the washing machine, everything is broken and shattered. The carpets are torn apart and buried under dust. The furniture is covered by dirt, sand, and broken bricks.” (The state-run Entekhab website, May 30, 2020)

In another inhuman measure on May 30, 2020, in Torbat-e Jam (northeastern Iran), agents of the municipality sealed off the residence of a blind elderly woman where she lives with her disabled son. (The state-run khabaronline.ir, May 30, 2020)

The residents of Fadak Township are considered slum dwellers, a catastrophic phenomenon which is the outcome of wrong policies and plunder of the kleptocratic mullahs’ regime during 41 years of their rule, exacerbating poverty and class differences.

Mohammad Reza Mahboubfar, Urban and Regional Crisis Management expert, acknowledged that slum dwelling had drastically increased between 2017 and 2020, reaching 45 percent of the population.

He said, “If we consider the population of Iran to be 85 million people, 45 percent of it would amount to 38 million people who are living in the slums or do not have a suitable housing. This shows that slum dwelling has had a meaningful growth in the country due to wrong policies and economic problems.” (The state-run T.news and BORNA news agency – May 24, 2020)

Mahboubfar added, “In 2017, some 19 million Iranians lived in 3,000 slums built in city margins. Today, after two years, simultaneous with the country’s economic and financial crises, this population has expanded to 38 million, indicating social inequality and discrimination within the country’s economic system.”