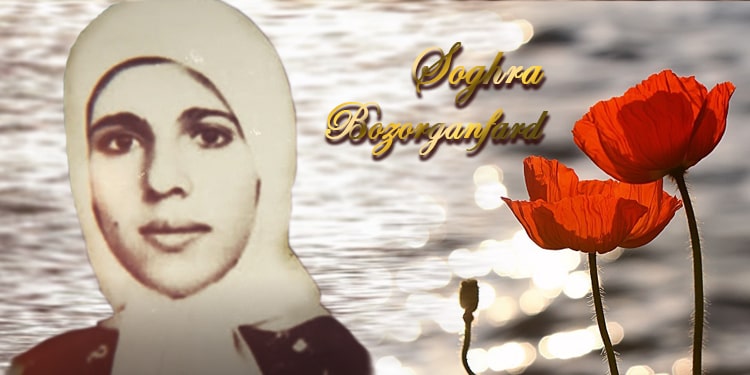 The mullahs supposed that especially the young and inexperienced would be terrified but this was a bad miscalculation. They paid respect to the bodies and loudly chanted slogans against the regime in the prison yard. One such prisoner was Soghra Bozorghanfard.

Soghra was born in October 1963 in Tehran to a lower middle-class family.

She was only 14 when the Iranian Revolution took place but she participated in all the demonstrations along with her sister and brothers.