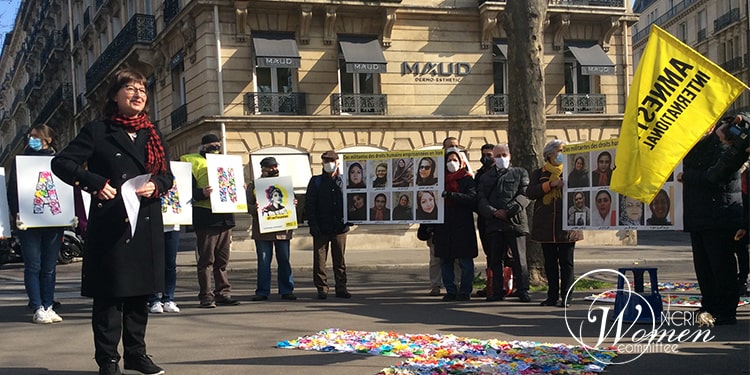 Upon the invitation of Amnesty International – Paris, a delegation representing the Women’s Committee of the National Council of Resistance of Iran (NCRI) participated in the AI gathering on International Women’s Day in Paris on March 8, 2021.

The gathering sought to pay homage to the female political prisoners who are resisting in the prisons of the mullahs’ misogynous regime in Iran.

Holding the images of resistant female political prisoners in Iran, the participants in Amnesty International’s IWD2021 gathering declared their solidarity with these women and all Iranian women who struggle against the mullahs’ regime for a free and democratic Iran.