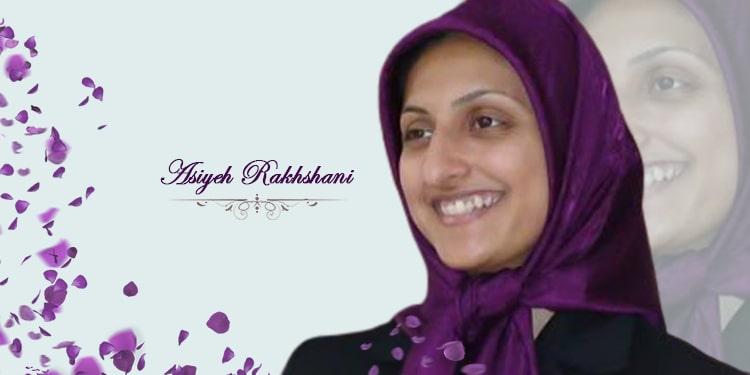 Asiyeh Rakhshani had never seen her homeland, Iran, which she loved very much.

Her parents, both PMOI activists, had to leave Iran to join the Resistance. Her ancestors were from Sistan and Baluchestan, and she loved her native land dearly and followed up on their news.

Asiyeh Rakhshani joined the Resistance in 1999 and she was very devoted to the cause.

She was prepared to sacrifice from her own for the wellbeing of others. She believed that the fate of her people in Iran was tied to the efforts and resolve of the pioneers in Ashraf, including herself.

In the final years of her life, Asiyeh Rakhshani was into film production and helped document the events in Ashraf. So on April 8, 2011, she was also filming the scenes of savagery and brutality of the Iraqi forces, targeting and shooting the human chain of her friends and comrades who were defending their city with their flesh and bone.

Asiyeh Rakhshani was one of the 36 members of the PMOI/MEK who laid down their lives during this unequal confrontation in Ashraf.

She was 28 when she died after being shot by a sniper.