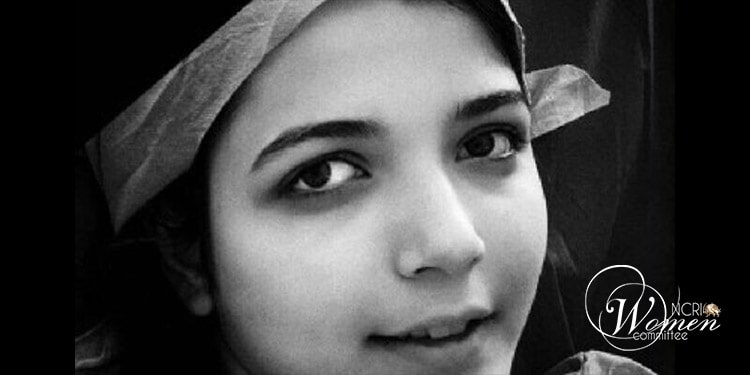 Asra Panahi, 15, died in hospital after being beaten by plainclothes agents at school

Asra Panahi, 15, lost her life when beaten by plainclothes agents

Asra Panahi, 15, lost her life when beaten by plainclothes agents.

The NCRI Women’s Committee had already reported the death of a young schoolgirl in Ardabil. She lost her life after plainclothes agents attacked a high school, beating the girls and arresting some 19 students. Since then, more details have emerged.

The Coordination Council of Teachers’ Associations confirmed the death of the girl who lost her life due to internal bleeding on Monday. She was Asra Panahi and 15 years old (pictured above). The statement added that another student was in a coma.

Asra Panahi was a young, healthy girl who participated in swimming tournaments.

Plainclothes agents attacked the Shahed High School for girls in Ardabil. They brutalized the students who had refused to participate in a pro-regime ceremony to sing an anthem in praise of the mullahs’ supreme leader, Ali Khamenei.

Some students were bussed to the ceremony against their will. So, they refused to sing the anthem and instead chanted, “Death to the dictator.” After the bus returned the students to the school, plainclothes agents were at work. They beat all the students and arrested 19 of the girls. At least ten girls were taken to Fatemi Hospital, among them Asra Panahi, who later lost her life due to internal bleeding.

The clerical regime has been ruthless toward high school students. They have been attacking high schools and rounding up outspoken students who march and chant anti-regime slogans.

There are reports that three Baluch girls were arrested in Zahedan on October 4, 2022, after they protested against the bloody crackdown on Baluch protesters on Friday, September 30.

University students marked the 33rd day of the Iran protests

On the 33rd day of the Iran protests, Tuesday, October 18, 2022, Tehran’s Allameh University students confronted a visiting regime official and forced him to leave.

Government spokesman Ali Bahadori Jahromi was to deliver a speech to the students on Tuesday. The students called him a “scoundrel” and chanted, “We don’t want a murderer to be our guest!”

Students of the School of Electrical Engineering at Khajeh Nasir University also held a rally. Referring to the regime’s officials, the students chanted, “They fired shots and killed and set fire to Evin,” and “whenever we spoke of our rights, we heard nothing but gunshots.”

Also, in Tehran, the students at the University of Art held hands in a picket line. They stumped their feet, singing the O’Iran, Land of Pearl’s anthem. (Visit the link to watch the video clip.)

The students of Melli University in Tehran called for the freedom of political prisoners, and the students of Tehran University’s School of Industrial Engineering also held a strike.

The universities of Gilan, Golshahr, Karaj, Mazandaran, and the University of Art of Tabriz also held protests and strikes on Tuesday, Day 33 of the Iran protests.

High school students and youths also marched with chants of “Death to the dictator” in Tehran, Sanandaj, and Rasht.