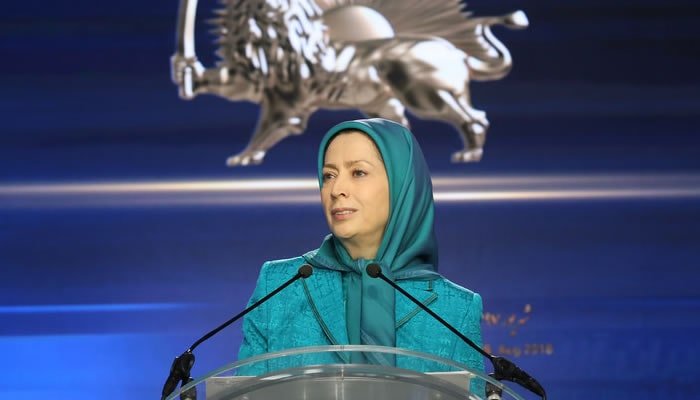 Who is the Iranian opposition leader Maryam Rajavi?

Leading the main opposition movement for regime change in Iran is a woman, Maryam Rajavi.

Maryam Rajavi was born on December 4, 1953 to a middle class family as their fourth child having 5 siblings, three sisters and two brothers.

Her older sister, Narges, was killed by Shah’s SAVAK in 1975, and a younger sister, Massoumeh, while pregnant, was arrested in 1982 by the Iranian regime’s Islamic Revolutionary Guards Corps (IRGC), tortured brutally for months, and subsequently hanged.

In what became a major motivation for her to join the resistance of the Iranian people for freedom and democracy, Maryam Rajavi was barely 10 when she first witnessed the brutal suppression of masses by an autocratic regime. Maryam was at home sitting by the window watching a demonstration unfolding in the street when she saw Shah’s Imperial Guard open fire on the masses in the famous, albeit bloody, suppression of June 5, 1963 protests.

Growing familiar with the pain and suffering of her people, Maryam Rajavi was strongly motivated to enter the world of struggle.

She got familiar with the People’s Mojahedin Organization of Iran (PMOI/MEK) in 1970 through her older brother, Mahmoud, while attending Hadaf High School in Tehran.

For her higher education, Maryam Rajavi attended Tehran’s Sharif University of Technology, ranking among the best in Iran, and graduated in metallurgical engineering.

While attending the university, she stepped up her political activities against the Shah’s dictatorship and formed a group together with other students.

During the 1979 anti-monarchial revolution in Iran, as an active PMOI member, Maryam Rajavi organized a wide range of students.

Following the 1979 revolution of February 11, 1979 which toppled the Shah, Maryam Rajavi continued her political activities in the social section of the organization and was well-known to students in Tehran.

She was nominated as a candidate for the first post-revolution parliamentary election in 1979. Despite prevalent fraud to bar the election of any PMOI candidate, over a quarter million voted for her in Tehran.

Breaking the glass ceiling: widespread participation of women in political leadership and decision-making

In February 1985, Maryam Rajavi became the co-leader of the Mojahedin. In 1989, she was declared the Secretary General of the People’s Mojahedin Organization of Iran, and in 1993, she was elected President-elect of the National Council of Resistance of Iran for the transitional period of transferring power to the people of Iran.

Maryam Rajavi’s presence in the leadership of the PMOI is a testament to the competence and extensive participation of Iranian women, especially in the PMOI, in the struggle against the mullahs’ regime. It was also the culmination of their sacrifices and heroic resistance in the regime’s medieval prisons where torture of political prisoners is systemic.

With Maryam Rajavi leading the way, women have participated in the leadership and decision-making positions in Iran’s largest opposition organization, a remarkable transformation in a movement engaged in the most formidable fight against fundamentalism. This is exactly what can bring about true gender equality in Iran.

Also, more than 50% of the members of the National Council of Resistance of Iran (NCRI), the Resistance’s parliament in exile, are women holding various responsibilities in political, international, social and cultural arenas.

As the President-elect of the Iranian Resistance, Maryam Rajavi has led numerous campaigns to advance the movement, introducing the world to the phenomenon of religious fundamentalism as a major threat to world peace and security, presenting the ‘The Third Option’ in response to the Iranian crisis, establishing a global front against fundamentalism in solidarity with the Iranian people and the Iranian Resistance, staging an international campaign to remove the unjust terrorist designation of the PMOI/MEK, the international campaign to rescue Iranian freedom fighters from Iraq, as well as launching the movement Calling for Justice for Victims of 1988 Massacre, among others.

Maryam Rajavi has extensively spoken on fundamentalism as a major global threat and specifically as a threat to the achievements of the gender equality movement.

In her book ‘Women, the Force of Change’, Maryam Rajavi talks about participation of women in leadership roles:

“The notion of leadership to which we are referring is the product of the blossoming of a humane facet and it focuses on humane relationships. This represents a great rebellion against male-domination and the regressive culture. Therefore, when women assumed leadership positions in our resistance movement, we were not just looking at a managerial-style shift. The goal was to eliminate gender discrimination. It was not as if men left their posts so that women could occupy them and preserve the same sort of relations and use the same methods. It was not as if women walked in the footsteps of their male predecessors or joined a male-dominated club; not at all. The goal was to replace the obsolete relationships based on a male-dominated ideology with humane relations.”

Also, in her speech on International Women’s Day in 2017, Maryam Rajavi spoke on the Iranian Resistance’s experience vis-à-vis women’s leadership: “Women’s participation in various leadership and management levels is indeed a step forward but it is not sufficient to create a new culture unless it is accompanied by a fundamental revolution permeating the entire culture and relations between men and women. And so long as it does not establish equality and solidarity, its achievements would tend to be reversible.

“And this is exactly where the message of our Resistance lies. The message is that women’s leadership can become a lasting institution and tradition only when it is necessarily supported by men who have faith in, and are committed to, the ideal of equality, and who accept their rightful responsibilities in this regard.

“Without the presence of men who cherish and rise up to realize the cause of equality, women’s leadership could not become reality.”

She goes on to add: “So, it is right to say that the 21st Century belongs to women. We must remember, however, that women’s leadership is genuine when it leads the way towards humane relationships and genuine equality between men and women, and towards engagement of a long line of men who believe in equality.

“A regime based on inequality marginalizes women.

“A regime that prevents the participation of a great portion of the populace in running their country’s affairs, ends up with absolute tyranny, totalitarianism, monopoly of power, secret decision-making, corruption and repression, with the country’s wealth and resources wasted.

“Women’s leadership is the solution to this dilemma, which has become universal in today’s world. I must stress that where there is no democracy, you cannot achieve it without women’s equal participation in leadership.”