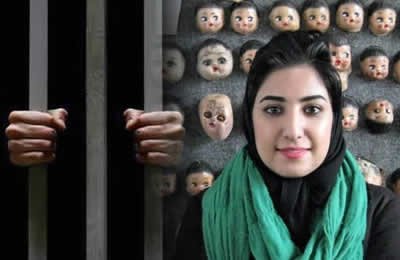 Why do some people have to be executed?

I always asked myself why can I go to college, but others like the Baha’is are deprived of education because of their beliefs?

Why would my father always say: Don’t ever talk about politics in taxis or on campus, especially about the leader?! In 2009 I got my answer to all the whys.

If I ever attended a ceremony for the martyrs or went to their graves after 2009, it was because the murderers of these dear ones were never found. It was because I felt we are all of one family.
If I protested why my Baha’i countrymen are deprived of education, it was because I put myself in their place and felt that they are part of my family, despite their beliefs or race.

If I drew that piece about parliament members, it was because I believe if anyone who has chosen to be an artist does not sketch the society’s problems, they have betrayed themselves, their conscience and society.

Finally, I have to say that in my own inner court, with my conscience being the judge, I am standing proud and with my head held high.