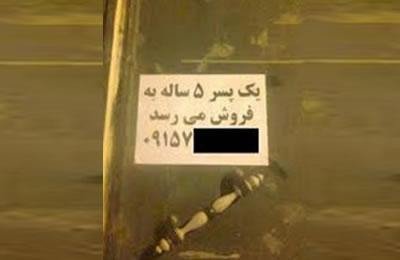 Iran: Low income families resort to sale of their children

An Iranian MP, Abass Gha’ed Rahmat, revealed that sale of infants is turning into a common practice in Iran but the government has neglected it.

Rahmati also admitted that the government has not allocated enough budget to social ills. He said: “Lack of jobs and housing as well as addiction (of parents) are the main elements leading families towards selling their children and infants”.

Earlier, Reza Jafari, Tehran’s Deputy Prosecutor, had announced that “selling children is not considered a crime in the country’s penal code.”