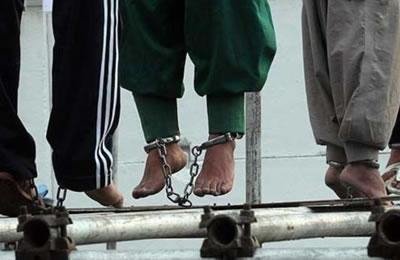 Iran: Thirty, including a woman, executed in one week

In a new wave of executions, the Iranian regime executed 30 prisoners in various cities from July 11 to 17. Sixteen were executed on July 17, in Karaj and Birjand.

In Karaj, 11 prisoners including a woman were hanged en masse in Ghezel Hessar Prison and another two were hanged in public in Mehrshahr district.