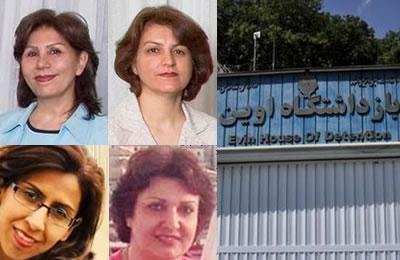 A number of Baha’ii women are imprisoned just for being Baha’iis.

In the latest example, Jila Shahriari was arrested on August 12, 2016, and has been held since in Evin Prison without any decisions on her case. She was held three weeks under interrogation in Evin’s Ward 209.