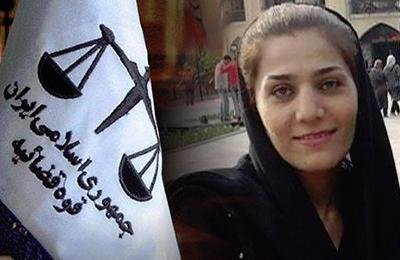 Somayyeh Alidousti, professor of Physics at University of Orumiyeh (northwestern Iran), was summoned to Branch 102 of the Penal Court of Orumiyeh on September 23, 2016.

Ms. Alidousti and five of her friends were arrested by Orumiyeh’s Police on June 27, 2013, for participating in a rally marking the International Day Against Torture. They were released after six days on bail bond.

In another development, Ms. Mahtab Abdollahi, 17, daughter of the executed political prisoner Mohammad Abdollahi, was summoned along with another member of her family to the Intelligence Department of Mahabad (Iranian Kurdistan) to be interrogated over a ceremony they held at their house. Ms. Abdollahi was threatened with arrest.

Mohammad Abdollahi was executed at dawn on Tuesday, August 9, 2016, at Orumiyeh Prison.