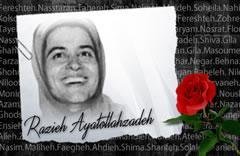 Razieh was born in a religious family. Her father was a clergyman, but she rebelled against all the traditions confined women to their homes. She threw off the fetters of women’s disbelief.

Razieh was an untiring mountaineer and a skillful rock climber. She continued her education and got admitted to university. In the course of her student activities at the university, she got acquainted with the pains of her people and since 1976 she began to have political and social impact on her environment and the people around her. Due to her political activism, she went underground for three years.

In 1981, she got arrested while pregnant. She delivered her baby in prison, but due to the horrible prison conditions and malnutrition, her baby died after birth. She also lost her husband and comrade, Mehdi Hashemzadeh Sabet, when he was executed by the regime.

Despite such losses, Razieh had high spirits. She did exercises with other inmates, made handicraft, and sent the day’s news from one cell to the other.

At nights, prison guards turned on the lights to prevent prisoners from sleeping. So, Razieh made a cover using newspapers, some string and nylon to cover up the light. Every night, after the guards checked the cell, she covered the light bulb and every morning, she took it off before the guards came in.

In those days, she also heard of the executions of her two brothers (Morteza and Ahmad) as well as her brother-in-law, Ibrahim Hashemzadeh Sabet. None of these, however, could break her determination to struggle against the mullahs’ regime at any cost.

Razieh usually recounted her funny memoirs and made everyone laugh. One of her cellmates says, “We laughed so loud that our sound echoed inside the prison. Then Razieh would tell us, ‘Come on! You should not laugh so loud. If they find out that we are happy, they will separate us.’ And I always wondered how such a high spirited and exuberant woman could endure the deplorable conditions in prison.”

After seven years of imprisonment, in the course of the 1988 massacre, Razieh was finally hanged by crane in front of other prisoners while she was on hunger strike.

Razieh was a symbol of rebellion against backward and subjugating traditions against women. She became a brilliant example for women who want to continue her path. A smiling heroine who was prepared to pay the highest price for her cause at any moment. 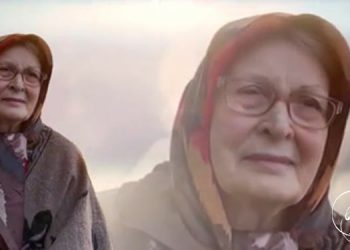 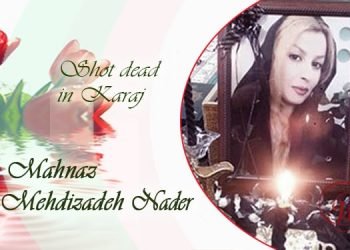 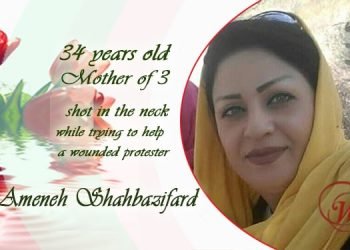