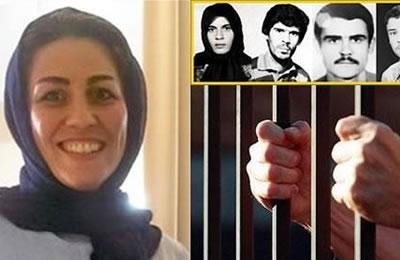 Political prisoner Maryam Akbari Monfared wrote to the United Nations Working Group on Enforced Disappearances and urged them to probe the case of her siblings massacred by the Iranian regime in 1988.

In her letter on February 17, 2017, Ms. Akbari asked the UN experts to hold the regime accountable for the execution of her brother, Abdulreza, and her sister, Roqieh Akbari Monfared, in summer 1988.

The first time she went public with her demand for justice was October 15, 2016. Then on December 22, 2016, she wrote a letter to international organizations and urged the UN to convene a fair trial for the prosecution of the perpetrators and masterminds of this massacre.

Ms. Akbari has lost three brothers and a sister in the 1980s when they were executed by the Iranian regime for supporting the PMOI.