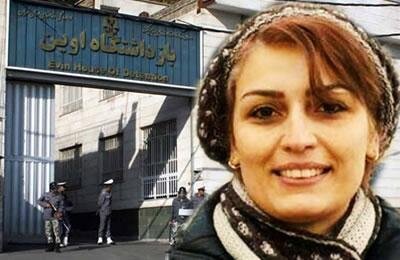 Despite her family’s preparations to deposit her bail bond, civil rights activist Massoumeh Zia is going to spend the New Year holidays in prison.

An informed source close to her family said, “The Zia family had been instructed to obtain a salary payroll bill in preparation for her release. But after her mother referred to the Prosecutor’s Office on Tuesday, March 14, 2017, Tehran’s Prosecutor Jaafari Dowlatabadi did not accept the amount of bail and issued a new order for a bail of 200 million toumans.”

Ms. Zia’s mother subsequently referred to the Prosecutor’s Office with the new bail, but again she was rejected because the interrogator in charge of the case was on leave, the source added. Officials have declared that Ms. Zia would have to stay in prison until the end of the (Iranian) New Year holidays.