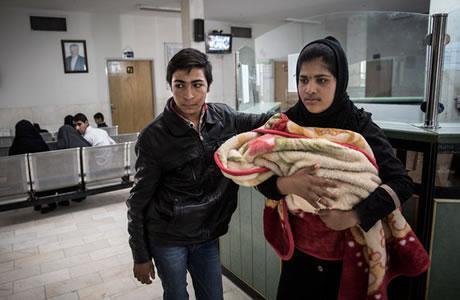 “Girls under 15 and young women between 15 and 19 years of age face higher risk of death during delivery, respectively five and two folds greater than those women who deliver after 20,” said Fereshteh Sarbazi, a member of the Association of Gynecologists and Obstetricians.

Sarbazi reiterated, “Teenage pregnancies mostly happen in rural and poor societies who are not educated. Although mothers under 19 years of age need more medical care during pregnancy, they do not have the opportunity to see a doctor since such marriages mostly take place in low income families.

“The other dangers of early pregnancies include pregnancy poisoning, anemia, death of the mother, insufficient fetal growth, and death of the fetus.” (The state-run ILNA news agency – August 29, 2017)