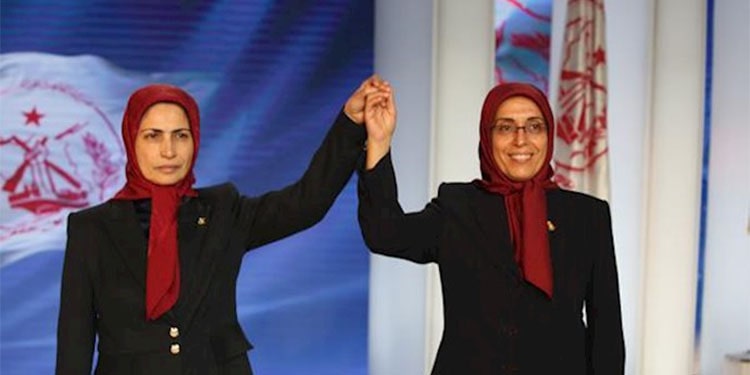 On the 52nd anniversary of its foundation on September 6, 2017, the Iranian Resistance’s pivotal force, the People’s Mojahedin Organization of Iran (PMOI/MEK) elected a new Secretary-General.

The annual congress of the PMOI was chaired by former Secretary-General Zohreh Akhyani who served six years in this position in the most complicated circumstances as the organization was being relocated from Ashraf to Liberty, Iraq, and from there to Albania.

Zahra Merrikhi, 58, was unanimously elected in the third phase of PMOI/MEK elections as the organization’s new Secretary-General.

Previously, Ms. Merrikhi was the coordinator for the offices of Mrs. Maryam Rajavi, the President-elect of the National Council of Resistance of Iran (NCRI), and Vice-President of the PMOI’s Central Council.

Born in 1959 in the city of Qa’emshahr in the northern Province of Mazandaran, Ms. Merrikhi became acquainted with the PMOI during the 1979 anti-Monarchic Revolution and joined the PMOI after the Shah’s overthrow. She was soon appointed head of the women’s section in Qa’emshahr, and later became a member of the editorial board of the PMOI publication in Mazandaran, called Talavang.

In 1981, she was transferred to Tehran and acted as liaison between the PMOI and its branches in the forests of northern Iran. In 1984, she moved to PMOI bases on the Iran-Iraq border, and later on to Paris.

Ms. Merrikhi oversaw the PMOI branches in Scandinavia and Germany for some time. In 1991, she became a member of the PMOI’s Executive Committee and was later appointed head of the PMOI’s radio, television, and publications.

In 1992, she became a member of the National Council of Resistance of Iran and was appointed chairwoman of the Public Communications Committee.

Ms. Merrikhi was the coordinator of the offices of Mrs. Rajavi since 2003 and the Vice-president of the PMOI’s Central Council since 2014.

Following her election as Secretary-General, Ms. Merrikhi was sworn in. She vowed to devote all her abilities to establish freedom and democracy in Iran.

The new Secretary-General expressed her appreciation for the efforts of her predecessor, Ms. Zohreh Akhyani, and Ms. Mojgan Parsaii, the President of the PMOI’s Central Council. She lauded their efforts and those of other PMOI officials over the past 14 years, during one of the most dangerous and tortuous periods of the organization’s history in camps Ashraf and Liberty.

Ms. Merrikhi’s younger brother, Ali Merrikhi, was murdered by the Islamic Revolutionary Guards Corps (IRGC) in 1988 in the struggle for Iran’s freedom.