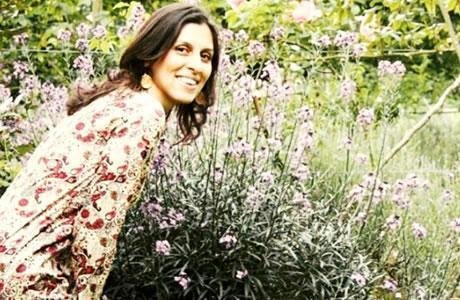 Prisoner of conscience Nazanin Zaghari-Ratcliffe, detained on baseless charges in Iran since April 2016, may be facing new criminal charges which could extend her prison sentence to 16 years.

Ms. Zaghari was called to the Evin Prosecutor’s court on Sunday, October 8, 2017, and informed that the Revolutionary Guards Corps has accused her of three new charges, including membership in organizations that seek the soft overthrow of the Iranian regime, receiving money from Reuters and BBC, and participating in demonstrations in front of the Iranian Embassy in London.

“The new criminal proceedings against Ms Zaghari-Ratcliffe are as baseless as the original ones, and once again criminalise this charity worker’s peaceful exercise of her rights to freedom of expression and association through her work with Reuters and the BBC.

“The Iranian authorities have a track record of bringing fresh criminal charges against prisoners of conscience who they wish to keep in jail.

“Instead of flagrantly abusing the criminal justice system to prolong her unjust imprisonment,
the Iranian authorities should release Zaghari-Ratcliffe, and immediately and unconditionally allow her to come back to Britain with her daughter.

“The UK Government should now break its silence on the case and publicly call for Ms Zaghari-Ratcliffe’s immediate release.”

A UN fact-finding committee has recently revealed that detention of dual-nationals in Iran is a new model used by the Iranian regime since 2015 after signing the nuclear accord with the P5+1.

Nazanin Zaghari-Ratcliffe, 38, a British-Iranian dual-national, was arrested at Tehran airport on April 3, 2016 prior to boarding a plane back to the UK after a regular family visit to the country with her infant daughter Gabriella. After being detained for over five months, initially in solitary confinement for 45 days without access to a lawyer, Ms Zaghari-Ratcliffe was sentenced to five years in prison in September 2016 after being convicted of “membership of an illegal group” in a grossly unfair trial by a Revolutionary Court in Tehran.

The conviction was in connection with her employment at Thompson Reuters Foundation, a charity organization, as well as her past work as an administrative assistant on a BBC Media Action project to train young journalists. The sentence was upheld on appeal earlier this year and her subsequent request for judicial review was denied.

Zaghari-Ratcliffe is currently held in Tehran’s Evin Prison, where prisoners endure poor conditions. She is suffering from numerous health problems – including severe arm, neck and back pain. There have also been serious concerns over her mental state. Amnesty has designated her a prisoner of conscience who has been targeted solely for the peaceful exercise of her rights to freedom of expression and association, and has called on the Iranian authorities to release her immediately and unconditionally.