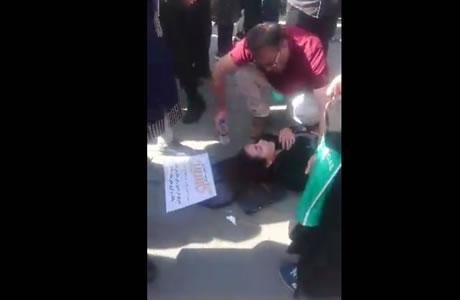 A young woman went unconscious after being beaten up on Monday, October 23, 2017, when security forces attacked the plundered protesters gathering in front of the Iranian regime’s parliament.

Unfortunately, there has been no news on her since then and it is not clear where the State Security forces took her.

It should be noted that Iranian women braved the security forces and were at the forefront of the protests on Monday.