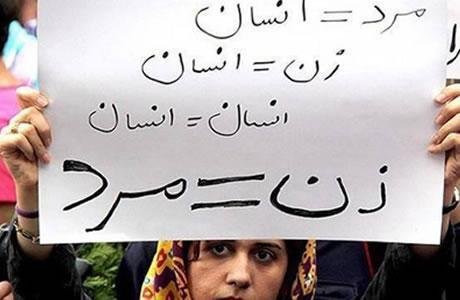 “Currently domestic violence against women is pervasive in the society but few people pay attention to it,” said Parvaneh Salahshouri, head of the women’s faction in the Iranian parliament on the occasion of the International Day for the Elimination of Violence against Women.

“Domestic violence is not clearly seen in society because unfortunately a woman who is subjected to such violence, rarely speaks out about it. This is why many women suffer from it,” she added.

The regime’s official went on without providing any statistics, “Clearly, we see many forms of violence against women in society. Sometimes, we see them but pay no attention but sometimes we are not even able to realize them which is much more agonizing.”

“The failure to deploy women’s force in the positions that they do deserve is itself a kind of violence against women,” she pointed out.

Shedding light on the injustice institutionalized in the regime’s penal code against women, she admitted, “If a woman makes a little mistake, it would cause great problems for her, subjecting her to violence. However, when a man makes a huge mistake there is no violence against them.”

She also acknowledged that the VAW bill widely advertised by the regime had not yet found its way to the mullahs’ parliament. (The state-run IRNA news agency – November 25, 2017)

Eva Duran Ramos expresses solidarity with the women of Iran