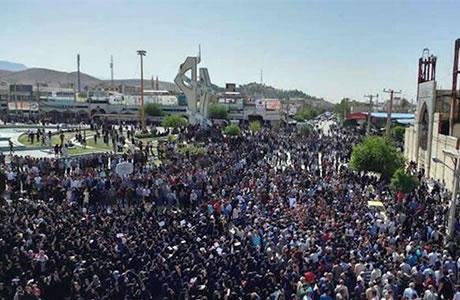 The courageous women and men of Kazeroun once again took to the streets and staged a major protest against division of this city in Fars Province, southern Iran.

The people of Kazeroun gathered outside the city’s mosque where the Governor of Fars was delivering a speech on Thursday, May 13, 2018.

While the people of Kazeroun were expecting to hear about cancellation of division of their city, the Governor of Fars announced that the division plan had been reformed and some districts were going to remain with Kazeroun.

This was objected by the people of Kazeroun who vowed not to back down from their demands to keep their city intact.