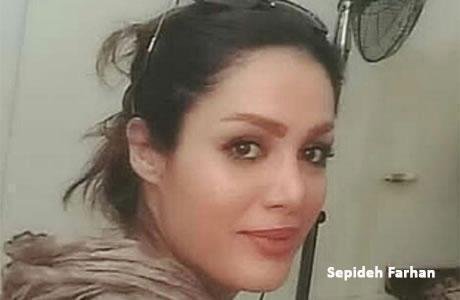 Sepideh Farhan, one of the students arrested during Iran uprising in January, has been summoned to court again.

Ms. Farhan, a student of architecture and a civil rights activist, was arrested on January 2, 2018, in Tehran and held incommunicado 47 days in solitary confinement in Evin Prison’s Ward 209. She was finally released on a $250million-touman bail on February 17, 2018.

Now, after less than three months, she has been summoned to court again on the charge of colluding against the state.

Ms. Farahani’s parents have been threatened by the Ministry of Intelligence against any form of public dissemination of information or giving interviews about her conditions, otherwise it would cost them heavily.

According to members of the mullahs’ parliament at least 130 students were arrested during Iran uprising in December and January. A large number of them still linger in jails and a limited number have received heavy sentences.