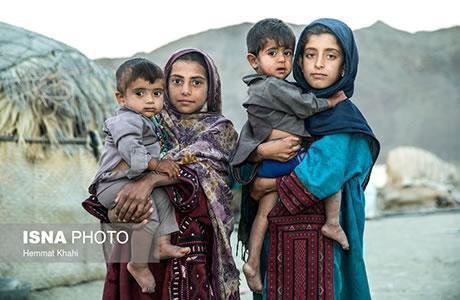 Young girls in Zabol are forced into marriage at young age.

This was asserted by Aziz Sarani, member of the City Council of Zabol and representative of Sistan and Baluchistan Province in the Supreme Council of Provinces.

Revealing the city’s extreme poverty and deprivation, he said that because of shortage of resources as well as religious prejudices, young girls in Zabol “are given in to marriage when they are only 14 or 15 years old, and in some villages we see girls as young as 9 get married.” (The state-run ROKNA news agency – July 4, 2018)

Sarani also noted the problem of severe sand storms in the area which create numerous problems for people including the young girls in Zabol. He said, “Nearly 20 years of consecutive periods of drought have led to the crisis of sand storms in this area… The majority of people in this area suffer from respiratory illnesses, tuberculosis and shortness of breath.”

In another part of his remarks, he added, “People used to farm, but this is no longer possible with such droughts. Since 2017, people have lost all their sources of income and they have no source of income other than the government’s aid…

“If you walk through the streets at night and the ruins in the periphery of the cemeteries, you can see people who sleep in cardboard boxes and the addicts. Among them, one can also see women, children and girls.”

Aziz Sarani also pointed out the problem of serious mal-nutrition of children, including the young girls in Zabol, adding, “We face a serious problem of mal-nutrition. We see that some students come to school without having breakfast. And until noon, when the school gets closed, they have nothing to eat. One must say the conditions are horrible.”

Sarani reiterated that drought and water crisis are most serious in Baluchistan and Chabahar. He added, “The people in these areas use the water of hootaks (an open pond commonly used by animals and humans). The water in these hootaks are badly contaminated. We recently learned that one of the villagers who had consumed the water of these hootaks had a leech stuck in his throat. Doctors had to operate on him to pull out the leech.”