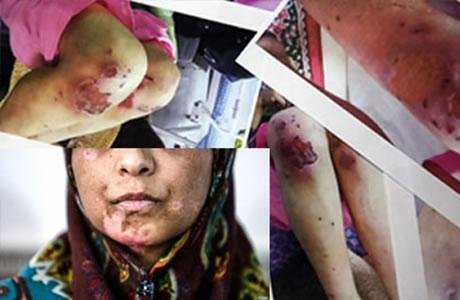 “The Judiciary has examined the bill but despite our inquiries for more than four months when their examination was completed, the bill is still not in our hands,” she added.

As for the importance of the bill on Provision of Security for Women (or Elimination of Violence Against Women), she also stated, “Many women who are subjected to violence do not file complaints for different reasons. Nevertheless, they lose their living skills due to the violence inflicted on them, to the extent that sometimes they lose their sanity and commit suicide… Women and mothers who are subjected to violence or are constantly brutalized cannot manage their families, properly.” (The state-run donya-e-eqtesad.com – July 17, 2018)

According to the statistics published by the National Welfare Organization, 27 percent of women in the 19-49 age range have been battered by their husbands during the past year. The Coroner’s Office has reported that 90 percent of domestic violence is committed against woman. And yet, the bill on Provision of Security for Women is stalled in the Judiciary and has not reached the Majlis.

Formerly, Parvaneh Salahshori, head of the women’s faction in the Majlis, had admitted that the bill on Provision of Security for Women and the bill to Support Children’s Rights have been awaiting approval for many years.

Drafting and tabling the bill on Provision of Security for Women against violence, began under Ahmadi Nejad’s government with the cooperation of the Judiciary. It was drafted to contain 81 articles and five principles. But the parliamentary Committee on Bills found some faults with the bill, the deliberations on the bill were brought to halt, and ultimately it was pushed out of the agenda with the conclusion of Ahmadi Nejad’s tenure.

According to article 2 of the bill, all women over 18 years of age and married women over 13, can enjoy the support provided by this bill.