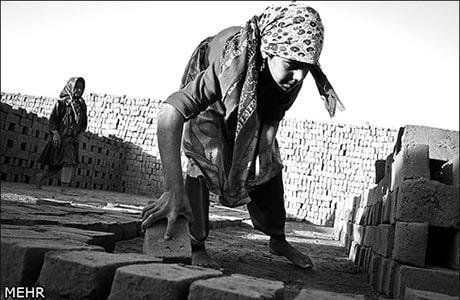 Seyyed Mohammad Javad Abtahi, member of the Education and Research Committee of the mulllahs’ parliament, declared on September 25, 2018, that the number of illiterates in Iran had reached 11 million, a figure which indicates “numerous flaws in the country’s educational system.”

Abtahi said, “We should be ashamed that the age of social crimes has dropped to 11 or 12.”

“There is no doubt that the educational system in Iran is sick and is threading away from standard education,” he added. (The state-run salamatnews.com, September 26, 2018)

The state-run press say the UN has ranked Iran’s education 103rd among other countries.

Every year, at least a quarter of Iran’s students are forced to quit school with a large number of them joining the children of labor, whose population is estimated to be around 3 to 7 million today. An estimated 25million Iranians are purely or functionally illiterate.

Abtahi said lack of proper planning and the absence of professional executives and management are the two major deficiencies retarding Iran’s education.

As for the situation of Iranian teachers and educators, Abtahi also said, “The Literacy Movement’s educators systematically do not receive their wages for several months while being deprived of job security. The livelihood of teachers hired by the Education Ministry is also far from decent. Teachers are struggling to earn their living and at the same time fulfill their professional obligations… They face a plethora of problems, particularly economic problems.”