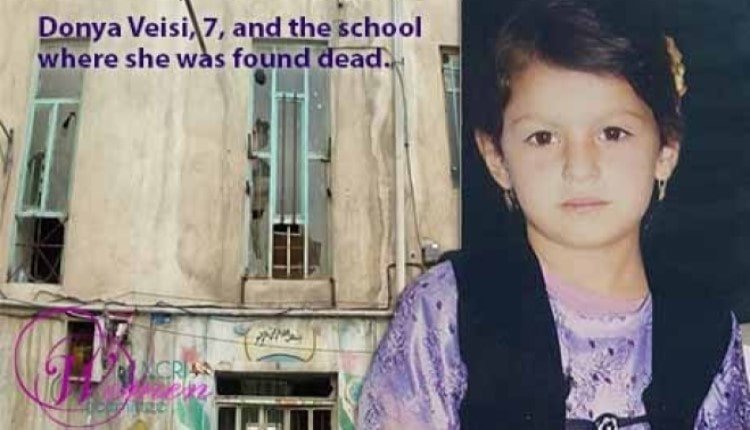 Girl children in Iran are the most innocent victims of the mullahs’ medieval regime. The unfortunate death at school of a 7-year-old Kurdish girl on the eve of the International Day of the Girl Child offers a grim example of the deplorable conditions of girl children in Iran.

The state-run media in Iran reported on October 8, 2018, of the death of a young Kurdish girl, Donya Veisi, at her school in Sanandaj after the wall crumbled on her.

Every day, similar incidents happen in cities and villages across the country, while the bill on Provision of Security for Women – initially called the bill to eliminate violence against women — and the bill to increase the age of marriage for girl children in Iran have been snared for over a decade in the labyrinths of the clerical regime’s law and decision making circles.

Following is a brief glimpse into the life of girl children in Iran by the NCRI Women’s Committee.

Since 2012, 11 October has been marked as the International Day of the Girl. The day aims to highlight and address the needs and challenges girls face, while promoting girls’ empowerment and the fulfillment of their human rights.

Obviously, the mullahs ruling Iran have nothing to do with these international goals. In their view, homemaking and bearing and raising children are the main responsibility of any girl or woman.

“Having contacts with their husbands’ families has priority over all sorts of chemistry, physics and math formulas for girls.” (Zahra Ayatollahi, head of Women’s Social and Cultural Council, the state-run daily newspaper of Qanoon, January 3, 2017)

The law sets the legal age of criminal accountability for girl children in Iran at 9 and the mandatory veiling code forces them to cover their hair since the first day of school at age 6.

Iran’s ruling officials do their best to marginalize young girls, restricting them by misogynous laws before they reach maturity when they can understand and demand their human rights.

Instead of ensuring their health, education and progress, the regime holds appalling annual coming of age ceremonies, called “jashn-e taklif”, where 9-year-old girls are recognized as religiously mature and have to account before the law.

There are more than 15 million school-age Iranians, but the student population is only 13 million. This means that at least 2 million Iranian students have not been able to go to school, a large number of whom are girl children. (The state-run salamatnews.com, September 26, 2018)

This contradicts a 2015 report by the parliamentary Research Center which indicated that 4 million children were deprived of education.

The number of illiterates in Iran has reached 11 million making up some 13 per cent of the population of different ages, according to the remarks made by Seyyed Mohammad Javad Abtahi, member of the Education and Research Committee of the mullahs’ parliament, declared on September 25, 2018. (The state-run salamatnews.com, September 26, 2018)

This two-thirds ratio for women and girl children applies to virtually all other statistics.

At least a quarter of Iran’s students are forced to quit school every year with a large number of them joining the children of labor, whose population is estimated to be around 3 to 7 million today. (Nahid Tajeddin, member of the board of directors of the Social Commission of the Majlis, the state-run Salamat news, September 27, 2017)

This is mainly because of pervasive poverty and lack of social support for destitute families in Iran while education is neither free nor mandatory. (Ali Bagherzadeh, deputy Minister of Education and head of the Literacy Movement Organization, the state-run Salamatnews.com, April 25, 2018)

The presidential Directorate on Women and Family Affairs published a report in 2015, according to which the illiteracy of women and girl children in Iran is alarming and the situation is critical in some 40 cities.

Drop-out of girl children in Iran, 6 years and older, is widespread particularly in the provinces of Sistan and Baluchestan, Khuzestan, Western Azerbaijan, and Eastern Azerbaijan. (The state-run Khabar Online website, November 18, 2015)

Early and forced marriages sanctioned by the law

The marriage of girl children in Iran has been formally sanctioned by the laws of the clerical regime. The legal age of marriage for girls is 13, but the father and grandfather are permitted to force their daughters into marriage even earlier.

As a result of this law and the spread of poverty in Iran, forced marriage of girl children has turned into the only way for poor families to reduce expenses and balance their financial debts. Early marriage is also the most important factor leading to school dropouts of girl children in Iran. (Alireza Kazemi, general director of the Department of Education in the Razavi Khorassan Province, the state-run ISNA news agency, September 17, 2017)

In addition to creating a plethora of mental and physical problems for the young girls, early marriages of girl children in Iran has paved the way for social ills such as divorce, addiction, violence and murder.

There have also been reports of the marriages of girls as young as 7 years old in Iran.

It has also been revealed that there are more than 24,000 widows under 18 years of age in Iran. (Hassan Moussavi Chelak, head of the Social Work Association, the state-run salamatnews.com – July 24, 2018)

Girl children in Iran also become victims of substandard systems and structure of school, unsafe transportation, and irresponsible approach of officials and staff.

Elite student Sara Ayineh was among the 27 victims of a horrendous bus crash in Sanandaj on Wednesday, July 11, 2018. She studied biology at a high school for talented students and had passed the exam for the first stage of Science Olympiad for the 2017-2018 academic year.

On September 1, 2017, a bus carrying the elite girl students of Hormuzgan Province overturned on the road to a student camping site in Shiraz. Twelve girl children were killed in this accident and 34 were wounded and hurt.

Fatemeh Rezaii, 15, lost her limbs in an explosion in one of the high schools of Kuhdasht in Lorestan Province, western Iran. The explosion took place on February 27, 2018, at Hijab High School in Kuhdasht when Fatemeh Rezaii and two of her classmates were posting papers on a board. Fatemeh picked up a metal object from the floor to hammer a nail into the board. The object exploded at the fourth hit and threw her to the ceiling. She fell down on the floor while drenched in blood as the wave of explosion cut her right hand from the wrist and wrecked her left hand and foot. Her left eye and the left side of her face have been injured and her body has been pierced by shrapnel. (The state-run Tasnim news agency – June 23, 2018)

A 3-year-old girl died on September 4, 2018, in less than 24 hours after not being admitted to a public hospital in Tehran. Zahra felt sick and severely nauseous. The doctor ordered the child’s admission but the hospital did not admit her. By the time her father took her to the next nearest hospital, Zahra suffered a seizure and died the next night.

On August 25, 2018, a 14-year-old girl in Yazd by the name of Zahra Karimi had referred to the hospital for a simple stomach pain, but lost her life at the hospital emergency department in Yazd, central Iran, due to the injection of a wrong medicine.

In September 2016, the wall of a school in Chabahar collapsed and a seven-year-old girl died under the rubbles.

Arbitrary shooting and imprisonment of girl children in Iran

A 15-year-old student, Ma’edeh Shabani-Nejad, was arrested in January 2018 and detained under interrogation in Sepidar Prison of Ahwaz, for over three months in an undetermined state.

Born in 2002, Ma’edeh Shabani-Nejad (Amouri), was a freshman at Reyhaneh High school in Abadan and is a brilliant student. She wrote nationalistic and epical poetry in Arabic and published them on social media.

Ms. Shabani had been arrested once before on October 17, 2017, but was freed on bail after completion of her interrogations. The second time, she was arrested at her uncle’s house in Ahwaz on January 25, 2018, by the IRGC’s Department of Intelligence. Some of her family members and relatives were also arrested for helping the 15-year-old girl. Ma’edeh suffered GI bleeding in prison.

Hasna Bameri, 3, was among the four passengers of a car shot to death on April 12, 2018, by the State Security Force in Delegan, in the southeastern province of Sistan-o Baluchistan.

The facts mentioned in this brief report are just a handful out of many. At the same time, there are numerous cases which have not been reported by the press or regime officials or not registered by government agencies. The numbers must be considered as minimum, due to lack of transparency on the part of the regime. In the meantime, regime officials tend to tamper with figures to play down the gravity of the situation.

On the occasion of the International Day of the Girl Child, the NCRI Women’s Committee seeks to raise awareness on the plight of girl children in Iran and urge relevant organizations to bring pressure on the Iranian regime to improve their situation and observe their rights. 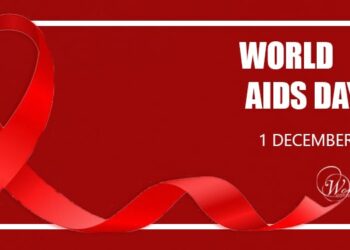 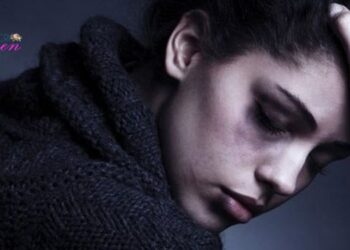