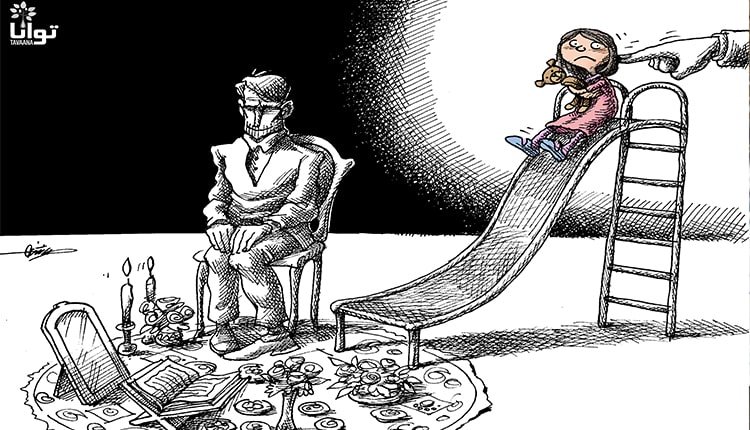 Early marriages are the worst oppression of Iranian girls

Early marriages are the worst form of oppression of girls in Iran.

“Looking at official statistics,” Aghapour said, “we realize that this is the great pain of our present society which needs practical and logical solutions to remove this ugly image of society.”

Zohreh Arzani, a jurist, also pointed to the large numbers of divorced children in Iran and said, “When the parliament talks about 15 being a suitable age for marriage, has any of the gentlemen listened to the complaints and pains of any one of these girls? Is it not possible that they have remained silent in the face of violence and have not dared to object?” (The state-run salamatnews.com, October 20, 2018)

The regime’s parliament has not passed the bill proposing to eliminate violence against women. The only effort made was an attempt to urgently pass a bill banning marriage of girls under 13 years of age, which has not been decided upon, yet.

According to the official statistics, there are some 24,000 U18 widows in Iran, and most of the early marriages end up in divorce. The Razavi Khorasan Province (eastern Iran) has the largest number of early marriages, while East Azerbaijan Province (northwestern Iran) ranks second only next to Khorassan.

A Majlis deputy had previously said, “Domestic violence against women is pervasive in the society.”

Experts of social affairs also recently declared that violence against women in Iran had 20 per cent rise in 2017.

In a meeting on September 18, 2018, discussing the bill on Provision of Security for Women, one of the regime’s experts by the name of Parastoo Sarmadi, asserted, “Iran has one of the highest statistics on violence against women, and this makes adoption of the bill for Provision of Security for Women even more urgent.” (The state-run ILNA news agency – September 18, 2018)