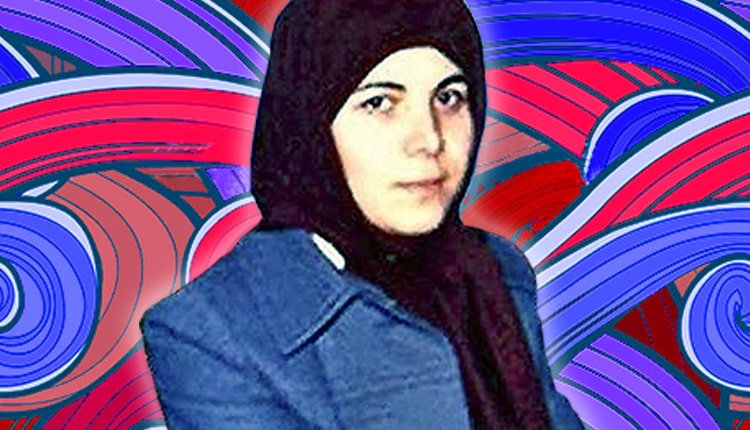 Wounded blossoms in jail is one of the memoirs of a former political prisoner narrated in her own words:

It was August of 1981 and the atmosphere was very aggravated and dangerous.

The clerics’ mercenaries were following me everywhere.  My friends had directed me to the house of one of the sympathizers of the Mojahedin (PMOI/MEK).  It was a young lady with a four-year-old paralyzed son who sheltered me.

It was around midnight when the guards attacked the house, insulted, beat, and took us, including my host and her ill son, to the police station.

For 10 nights, we were kept in a 2×3 metre room with several drug addicts. There was no space for us to sleep and we were given a small amount of food in just one tray which we had to share by eating with our hands.

It was at 11:30 PM of the eleventh night when they called me, put me on an ambulance, and drove far off the city into the deserted surroundings of Shahr-e Ray.

The security forces accompanying me took me inside a large building where they chained me to a concrete wall and began firing at me in the darkness, continuously shouting out and threatening me that should I not cooperate with them, they would execute me right there and then. I was then put into a room by myself for a while until a guard entered my cell with the intention of raping me. I wrestled with him, kicked and punched, yelled and shouted until the dirty guard had to leave the room.

I spent two weeks there all alone in that cell.

I was later transferred to Evin Prison where they did not put me into a ward but rather left me behind the door of their torture chamber where they brought people for torture and interrogation.

Everyone who was arrested had to go through the torture chamber, so I witnessed the tortures through the sounds from behind the door. I could feel the pain of each torture all over my body.

There were two 3 and 5-year-old sisters named Zeynab and Zohreh who were brought in along with their mother because of their uncle who was a Mojahed prisoner. They were brought in to witness the torture of their uncle.  I will never forget their screams and the sound of the torture and pain, one of the most intolerable scenes I have yet witnessed.

In the same corridor, I saw a woman who was also arrested with her two young daughters. The guards kept the innocent children in the corridor and took their mother into the torture chamber where the sound of the cable lashes and torture was combined with the insults and profanities of the guards.

The two children cried and wanted their mother but the torturers and interrogators did not pay any attention to the painful cries of the children.

It was strange how the torturers were very revengeful of the children’s uncle whom I did not know.  Each time they passed by the children, they told them that they had to chant against the Mojahedin and the poor children who were hurting from their mother’s pain could only cry.

They were also starving the children. When one of the girls said she was hungry, one of the guards placed a wooden stick into her small hand and said, “If you hit the prisoners with this stick, then we might be able to feed you,” and left the room with a wicked laughter.

Later, when I became cellmate with their mother, I learned that her name was Monireh Rajavi,[1] and that’s when I understood the extent of hatred towards those innocent children.

[1] Monireh was the younger sister of Massoud Rajavi, leader of the Iranian Resistance. This was the only reason why she had been arrested and imprisoned. She was executed in summer 1988 in the massacre of 30,000 political prisoners in Iran.