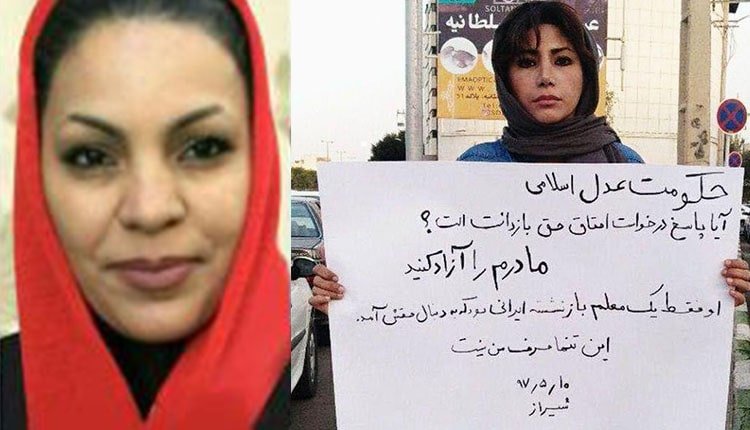 Afsaneh Rezaii, an elite master’s student of telecommunications at Shiraz University, was transferred to Adel Abad Prison in Shiraz.

The mother of Afsaneh Rezaii was a teacher who was arrested in Shiraz for participating in the gatherings and protests of teachers and educators in August 2018.

Holding a banner, Afsaneh Rezaii joined the protests and supported her mother. She was subsequently arrested by government officials after participating in the gatherings in support of her mother.

Afsaneh Rezaii, who is studying for her masters in telecommunication at Shiraz University, was sentenced to six months in prison and transferred to Adel Abad Prison in Shiraz on December 24, 2018.

Teachers have held extensive strikes and protests across the country for several rounds. The latest round of teachers’ protests was held on November 13 and 14, 2018. Another round of strike and sit-ins of teachers and educators was held on October 14 and 15, 2018, in 31 provinces and more than 61 cities.

In the aftermath of the nationwide strikes of teachers, several women were among those arrested.

In another development, Sufi prisoner of conscience Elham Ahmadi refused to attend a court session on Wednesday, December 19, 2018.

Ms. Elham Ahmadi was arrested during a bloody crackdown on the Gonabadi Dervishes protest in Tehran on February 20, 2018, and detained in the Qarchak Prison of Varamin. She has been summoned on charges of publishing lies and insulting officials but refused to attend the court meeting.

On the orders of the warden of Qarchak prison, Elham Ahmadi and other imprisoned Sufi women, Sepideh Moradi and Shokoufeh Yadollahi, were beaten and brutalized by prison agents for asking the return of their personal belongings seized by prison authorities on June 13, 2018.

Last August, Sufi women imprisoned in Varamin’s Qarchak Prison were beaten by security agents on the grounds that, Elham Ahmadi, made a telephone call to her young daughter.