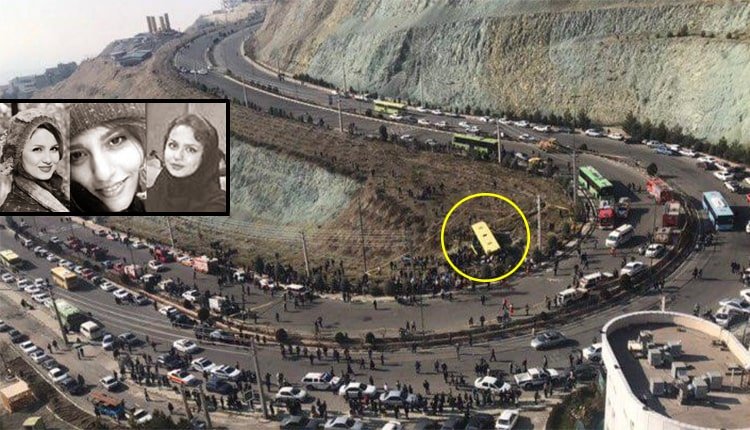 At noon on Tuesday, December 25, 2018, a bus belonging to the Azad University of Tehran, the Sciences and Research Branch, was taking students from schools located on heights down to the university’s entrance, when it got deviated from its course and entered the green lawn on the slope, rolling over for some 90 meters and crashing into a concrete wall of the water system. The bus was largely damaged with only the end part of it remaining.

The names of at least nine female students have been announced by the press as being among those wounded and hospitalized.

The University of Sciences and Research has been built on the slope of a mountain and the various schools of the university are distributed on this slope. There is a long distance from the schools located on the heights to the entrance, so many students ride the university’s buses.

The bus that crashed is said to have had a brake failure, nevertheless, it continued to take students back and forth.

According to the students, all of the university’s buses are too few and too old and tend to carry between 60 to 70 students which is way above their capacities. Although the spiral road has a sharp slope, there are no guard rails and the drivers do not observe the safety measures. (The state-run ISNA news agency – December 26, 2018)

After the crash, anti-riot units entered the university fearing the outbreak of student protests.

The fatal bus accident took place only a few days after the deadly fire at a preschool in Zahedan which took the lives of four girl children.

Mrs. Maryam Rajavi, the President-elect of the National Council of Resistance of Iran, tweeted, “My heart goes out to the students who died in the bus accident. Deepest sympathies to their families and sincere prayers for quick recovery of those injured. Shame on the corrupt mullah regime that plunders and spends on repression by the billions but leaves roads unattended.”