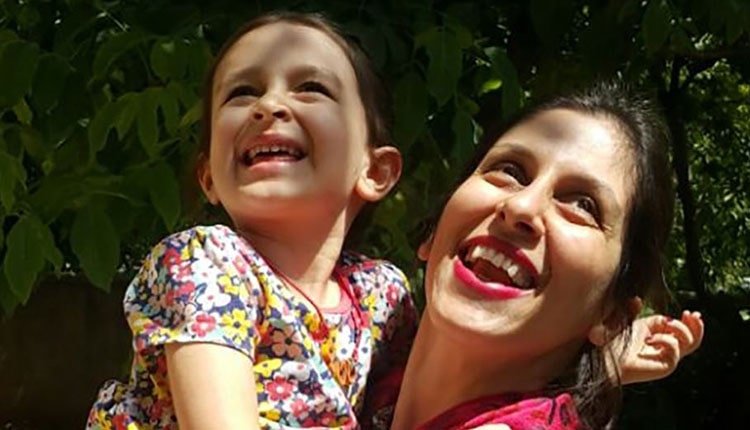 Nazanin Zaghari a British-Iranian dual-citizen held by the Iranian regime, started a hunger strike after interrogators tried to persuade her to become a spy for Iran.

On Monday, January 14, 2019, Evin prisoner Nazanin Zagheri began a three-day hunger strike in protest against prison conditions and lack of access to medical treatment as well as pressure from the Iranian Revolutionary Guard interrogators to spy on UK for the Iranian regime.

At a press conference on Monday, Richard Ratcliffe elaborated on the pressures on his wife, Nazanin Zaghari in Evin Prison and said, “There is a second reason that prompted Nazanin to go on hunger strike. Just after Christmas on December 29, Nazanin was visited in prison by two Revolutionary Guard interrogators. She was pressured to agree to two things. First they were keen to get her to agree to a new short furlough in January. She was resistant to agree to something short-term because last time it was so clearly a power-game which had such disruptive consequences on her and Gabriella, and she was very wary of being brought out so she could suddenly be brought back into prison, particularly in January. January has the next arbitration hearing in the London courts in the UK-Iran debt case which is happening later on. She’s been a clear bargaining chip in both of the previous two debt cases in May 2016 and August 22 and is not about to become one again. But what really pushed her over the edge was the second demand which was that they tried to pressure her to become a spy for Iran against the UK. Specifically, to spy on Department for International Development (DFID) and an organization called Small Media, which the Revolutionary Guard keep trying to link her to, but which she has no connection to.”

The trusted doctor of the Prison Organization ordered Nazanin Zaghari to be treated urgently in a medical center, but prison officials prevented her from doing so for unknown reasons.

In March 2016, Nazanin Zaghari traveled to Iran for a family visit with her two-year-old daughter Gabriella, but was detained at the airport when they were about to board a flight back to the UK in April 2016. After months of imprisonment without trial, she was sentenced to five years in prison.

According to Richard Ratcliffe, his wife Nazanin Zaghari is being held as “collateral” to secure the repayment on a £650 million debt the UK has owed to Iran for an unfulfilled arms deal dating back over 40 years ago in the late 1970s.

Pressuring a woman prisoner in Evin Prison, by denying medical treatment in order to serve and spy for the Iranian Regime’s Intelligence and Revolutionary Guards under the cover of a journalist, is an inhuman abuse in the eyes of the world and the Iranian people.