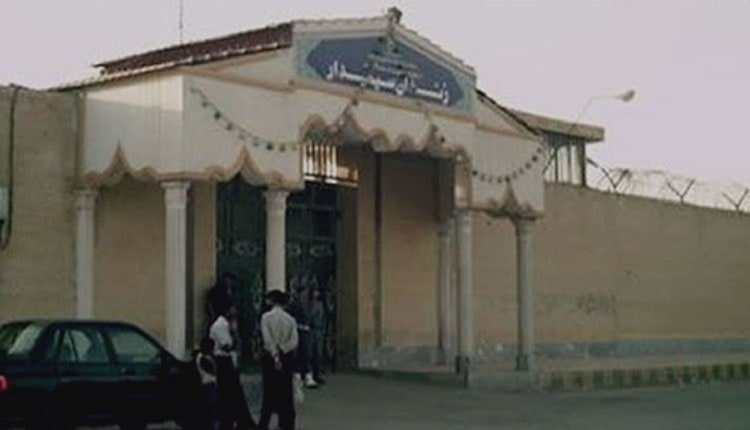 A female prisoner who had been in the women’s ward of Sepidar Prison for a few days described its ghastly conditions.

The female prisoners in the Sepidar Prison of Ahvaz are deprived of the most basic needs of a decent life. The prison cells are full of lice, insects, and cockroaches.

The prisoners who have to sleep on the ground are in a worse situation. The bathroom’s sewages have problems.

The blankets given to prisoners are dirty and unusable. On many days of the week, the women’s ward health center has no doctors or even nurses.

Prison meals are inadequate and extremely poor in terms of quality. Usually the prison’s food has some kind of scraps of junk in it.

Suicide and self-injury among these women are heavily prevalent, as the women hope that after self-injury, they will be transferred to the health center so they can stay in a better condition for a few days or ultimately die.

One of the girls in prison suffered a severe seizure and fainted on the floor of the bathroom, falling on her head. The prisoners banged on the cell’s door for ten minutes until finally a woman, who was neither a doctor nor a nurse, came inside and only looked at the girl who had fallen in the bathroom and splashed some water on her face. However much the prisoners shouted and begged for her to be taken to the health center to take x-rays of her swollen head, but the woman only said, “don’t worry she won’t die” and walked out.

Death in this prison is a routine and insignificant event.

Women whose sentences are completed

A girl, who was sentenced to one year of imprisonment and three months had passed from the end of her sentence, was still in prison because she did not have anyone outside pursuing her release, and even the prison aid worker did not help.

Sepidar Prison in Ahvaz was established in 2009. The prison area is 700 square meters. Prison conditions are so bad that when Massoumeh Ebtekar, the Vice President for Women and Family Affairs, visited the women’s ward in Sepidar Prison in December 2018, they could not publish any photos of her visit to the women’s ward, women’s beds, the floors of the ward, and the bathrooms. Only a picture of the prison’s kitchen was released.

Female prisoners in the Sepidar Prison in Ahvaz are living in an inhuman and unbearable condition and experience double isolation. Such conditions will forever leave irreparable damage to the body and soul of these women.

Teachers and educators across Iran stand up for their rights