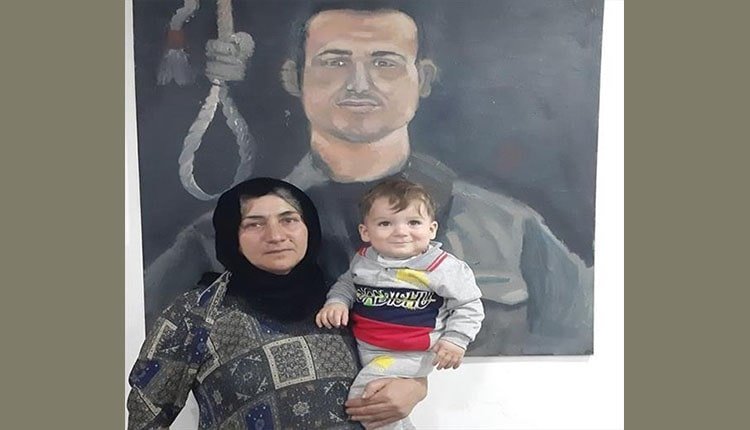 Parvaneh Hossein Panahi was summoned by the Intelligence Department of Sanandaj and interrogated on April 29, 2019.

Parvaneh Hossein Panahi has already received a suspended sentence of five years in prison for giving interviews to the foreign media and for “propaganda against the State.”

The 25-year-old daughter of Parvaneh Hossein Panahi, Nishtman, committed suicide on May 1, 2018, due to pressures by the Intelligence Department of Sanandaj and upon learning of her uncle’s imminent execution.

The Department of Intelligence of Sanandaj also pressured the Hossein Panahi family to refrain from disseminating this information and hold Nishtman’s funeral in silence.

Ms. Sharifeh Zarrini (Dayeh Sahrifeh), mother of death-row political prisoner Ramin Hossein Panahi, wrote an open letter on May 24, 2018, to Federica Mogerini, EU Foreign Policy Chief, urging her to demand revocation of her son’s death penalty in her negotiations with the Iranian regime. But the pleas by mothers of Kurdish political prisoners and repeated calls by the Iranian public opinion and international human rights advocates and organizations fell on deaf ears, and the clerical regime hanged Ramin Hossein Panahi, 24, Zaniar Moradi,30, and Loghman Moradi, 32, on September 8, 2018. The three political prisoners had been on dry hunger strike for several days before their execution.