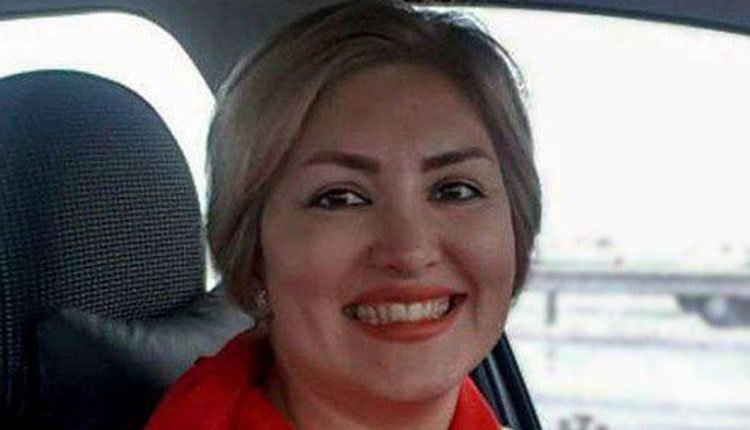 Women’s rights activist Nahid Shaqaqi was arrested at home on Wednesday, May 15, 2019, and transferred to an unknown location.

Security forces broke into her house and brutalized Nahid Shaqaqi and took her away to an unknown location.

The brother of Nahid Shaqaqi wrote in his Instagram, “Nahid called me this morning, and told me that Intelligence agents are behind her door. But when I arrived at her residence, I saw that the door had been broken and her home had been left unattended. We have no information yet on her place of detention and even the nature of persons who have arrested her. We have followed up with the Evin Prison and the police station in her neighborhood, without obtaining any answers. We remain uninformed and concerned.”

Nahid Shaqaqi has been active defending women’s rights and children’s rights over the past few years. On March 8, 2019, she made a speech in Tehran on the International Women’s Day on the roots of violence against women.

Last year, on the International Women’s Day, March 8, 2018, when Iranian women for the first time after 40 years, gathered outside the Labor Ministry in Tehran, they were suppressed by security forces.

Security forces, plainclothes agents and female troops had been stationed in the area, on alert before the gathering started. To prevent the formation of the gathering and disperse the crowd, they viciously attacked the participants and brutalized them with batons and shockers. At least 20 women were arrested.

Security forces did not allow anyone to take pictures or shoot films of this gathering. A number of young men who had come to support the IWD gathering were also arrested.

The secretariat of the National Council of Resistance of Iran issued a statement and called on international organizations defending human and women’s rights to vehemently condemn the raid on women and take urgent action to free those arrested.