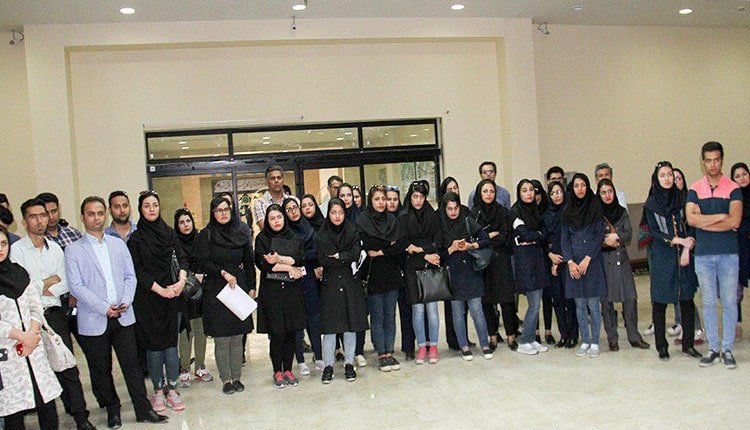 Student protesters held protests in Zahedan and Kashan in solidarity with the protests by students of Tehran University who protested against new veiling restrictions on campus. Young women were active in these protests.

On Wednesday, May 15, 2019, student protesters lined up their food trays on the ground at Iftar and refrained from breaking their fast to show their protest to the poor quality of the food served at the university’s cafeteria.

In a protest gathering on Monday night, May 13, 2019, student protesters held a protest at Kashan University against the poor quality of food served by the cafeteria and expressed their support for student protesters at Tehran University who had held a major protest that morning against fresh rules enforcing the compulsory veil on female students.

On Wednesday, May 15, 2019, a group of engineers including many women held a protest outside the City Council of Shiraz, capital of Fars Province in southern Iran. The engineers have been working with the City Council of Shiraz since its fourth term in direct or indirect connection with the offices of Article 33. The fifth-term Council, however, has adopted a ratification which will lead to the environmentalunemploymeenvironmentalnt of these engineers. The engineers’ protest was against this ratification.

The defrauded investors of the IRGC-backed Caspian financial institute in Tehran, also held a protest on Wednesday, May 15, 2019, outside the Central Bank, protesting the institute’s failure to meet their righteous demands. In another act of protest on Wednesday, a group of the residents and environmental activists of the city of Gerash, in Fars Province, held a protest gathering outside the city’s governorate. The crowd, including women, protested the handing over of 400 hectares of land in Tangab recreation area to the regime agents.

The banners held by the protesters read in part, “Tangab area and its surrounding nature is the only recreational area for the residents of Gerash”, “any transfer of land in this area must be rejected”, “do not destroy the nature by such uncalculated handovers”, “popular protest against the handover of 400 hectares of Tangab lands of Gerash to breed ostriches” and “we oppose the transfer of lands from Tangab region.”