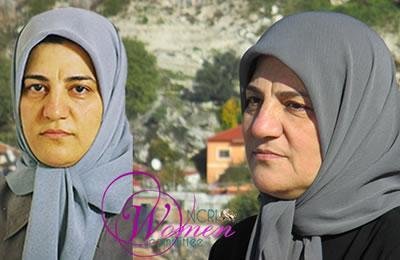 In her beautiful smile, gracious look and influential words, lie her latent strength and courage. Hengameh Haj Hassan, a former political prisoner of the 80s and one of the witnesses of Khomeini’s appalling prisons, in an influential memoir, ‘Face to Face with the Beast,” has written of her prison experience, depicting the limitless brutality of the guards and torturers and the heroism of Mojahed women, members and sympathizers of the People’s Mojahedin Organization of Iran (PMOI/MEK).

I completed my education in Tehran.  After receiving my diploma in 1974, I enrolled in nursing at the University of Tehran. I began working as a nurse at Sina Hospital in Tehran shortly after graduating in 1978.

My father worked in the film and movie industry, but after the mullahs came to power, he was forbidden from working unless he cooperated with the ruling regime. And since he refused to abide by their rules and to allow his reputation suffer from such a stigma, he became unemployed and home-bound. My father eventually died at the age of 60 on November 25, 1987, due to the constant harassment from the regime.

The days following the revolution and the 80s in general were a chaotic period.

One of my brothers disappeared in 1981 in the course of some street unrest.  He was 24 years old and apolitical, without any organizational affiliation. He just disappeared at once and never returned home.

Hengameh wrote in her book:

When compulsory hijab was declared, especially at the hospital where I worked, it aroused dissent.
The nursing uniform especially with that beautiful white hat which was the symbol and identity of nurses now had an intruding hand trying to transform this lovely dream into a nightmare. I must admit that as a child, the uniform was primarily what attracted me to the profession. In the interim, nurses became subject to acid attacks carried out by state guards, and we encountered harassment and accusations as they tried to eliminate women from the social scene.

I was never politically active up until the revolution. I was a student at first and then began working in my field.

But ever since the revolution, I became a supporter of the Mojahedin Organization (PMOI/MEK). We were several nurses who engaged in political activities in support of the Mojahedin both outside and inside the hospital.

I used to work at various private hospitals in Tehran. During those days, the regime’s agents used to attack the PMOI’s meetings and gatherings and beat their supporters. In such cases, it was our duty to look after the wounded.

In addition to providing essential medical care to the wounded, we were responsible for eluding them out of the hospital as well. The regime’s agents pounced on the wounded in the hospitals and abducted them, most of whom were imprisoned and tortured and later executed.

A number of my classmates and colleagues were arrested and executed in the same era solely for helping the wounded escape.

Tooba, Tahmineh and Kobra were executed in 1981, while Shekar and Akram in 1988.

My dear friend, Shekar, despite a not-guilty verdict was one of the 30,000 political prisoners who were executed during the 1988 massacre.

There were also doctors among us who were executed in the 80s on charges of helping and treating PMOI/MEK supporters: Sadegh Ermashieh, Ali Doroodi and Fahimeh Mir Ahmadi.

After the nationwide protests of June 20, 1981, the widespread arrests of Mojahedin supporters began, and for people like me, the possibility of working at the hospital was no longer viable as it took merely a charge of “cooperating and helping Mojahedin” to get arrested and executed.

Hence, I had to run away from work and I was no longer able to pursue my career in nursing, which I was truly passionate about.

For 5 months, I did not get a chance to go home because of ongoing arrest warrants and imprisonment. I finally decided to go home one day in November 1982. That day, the regime’s agents were busy arresting the youth all over town and so I was captured, too, guilty of being young.

In her book, Hengameh recalls the moments after her arrest:

I saw our street from far away as the guards’ car drove in the Parkway (expressway). I thought to myself what was my mother thinking and doing now? Whatever it is, she is unaware of my situation, but she will soon find out that I am missing and like everyone else will begin to search for me in prisons and cemeteries. I wished I could tell her where they were taking me…

They tightly blindfolded my eyes, punched and kicked me to the bottom of the car, and drove off into a direction which I later realized was towards Evin.

She continues describing her first torture experience in prison:

The interrogator tied me to the torture bed. He chained my hands to the top of the bed and my legs were tightened to the bottom side so that whenever I moved, my feet would remain fixed. Another guard sat on my back and threw a blanket over my face… Suddenly, something struck the bottom of my feet.  I felt a strong stream of horrible pain as if electrocuted transmitting the pain throughout my body making me shake… Other blows came down. I do not know how many! I just cried out of pain…

Hengameh is among the heroines who endured one of the hardest and longest tortures named “cage” in Khomeini’s dungeons in just a few months. She draws attention to this torture in her book:

I was wearing a thick jacket that my aunt had woven and sent to me. Haaji (the head of the prison) stood by my side and struck me with the cable he had in his hand… I was trying to figure out what it is he’s beating me with, but the heavy blows continued one after another and it was impossible to concentrate.  I became dizzy and confused and my head was pounding. When I cried out, Hajj Davoud stopped and said, “Take her away!”

They took me to the corridor which lead to the cells.  We entered a room on the left side of the hall just by the entrance and I was handed over to a woman there. She put me in the middle of two wooden boards that were perhaps around half a meter from each other, and told me to stand in between. My eyes were still blindfolded…

I was there for about a week, standing in a vertical position, forbidden from removing my chador, scarf, nor blindfold. I was not permitted to cough! Not allowed to talk, and in case of an emergency, I had to raise my hand. I stood there the whole time, as if I were in a coffin!

Sometimes I felt like I am dying due to lack of airflow.

The program was as such: we were awaken by the morning call to prayers just before dawn, between five and six and given three minutes for washing and ablution, and five minutes of prayer, and then kept inside the cage and ate breakfast there until noon when we were given another three minutes to use the bathroom and prayers, then back to the cage for lunch and sometime later during the day for the last prayer of the day we were given a few minutes until sent back to the cage to wait for prayers, dinner and finally at 12:00 AM, we could lie down and sleep.

We usually got between four and five hours of sleep and the routine continued for the following days, weeks, and months…

Nothing bothered me as much as being blindfolded; it was the most effective way of cutting off a person from the outside world, and forced one to look inside oneself. We were forbidden to sleep or even nap during the day up until 12:00 AM and were beaten abruptly if we did so, which was the worst shock.

Also, we had to sit so that our head would not surpass the height of the cage walls, which was half a meter high. If it moved beyond, what followed were kicks, punches, and cable beatings of the guards forcing you to bend over.

So, for people who were tall, like me, sitting down in a bent position all day was a lot of physical pressure to endure. Likewise, when eating, we had to make no sounds, such as the sound of a spoon against a plate, and if it happened, we were accused of communicating via Morse code with the cage near by, which lead to further beatings and torture.

As Hengameh said during the interview, this horrible period lasted up to seven months, and eventually she and other heroes of the cage, who defied their enemy with their resistance and courage, finally came out of it.

Unfortunately, many suffered immense psychological damage. Many never returned to their original state as they lost their mental balance and their touch with emotions. And many others, after enduring such hard times, were hanged in the massacre of 1988, sacrificing their lives for the freedom of their homeland.

Perhaps they anticipated that some courageous and strong people, like Hengameh, would one day narrate what happened to them and imprint their stories on the history pages of Iranian resistance.

Hengameh explains how she was released:

During the years I was in prison, one of the most controversial political issues of the day was Montazeri’s fight with the head of government. The controversy reached the point where the agents of the regime were forced to release some prisoners, which included me, as well.

Two years after my release, I was fortunate enough to reconnect with the organization. I established my communications, and eventually by the end of 1986, I left the country to join the resistance across the border.

It has been 32 years since then; 32 years of moments filled with memories of friends and loved ones… Those who have assured me of victory and taught me the meaning of life, and those whom I have always felt in every moment of the struggle, chanting of victory on my journey.

Especially today, I see all those heroes in the streets of Tehran.