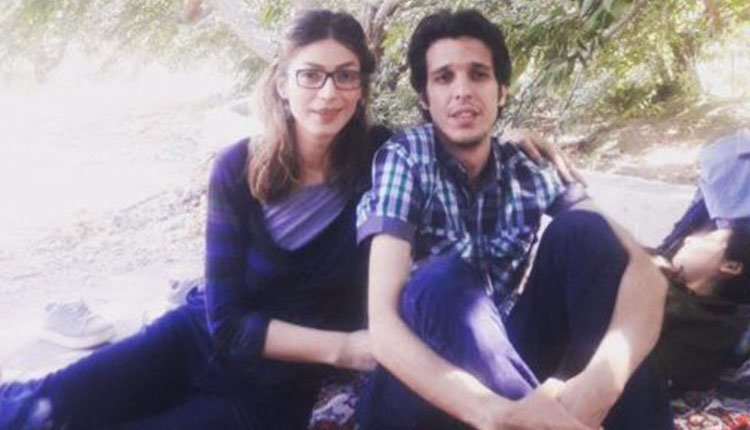 Sanaz Allahyari and her husband are members of the editorial board of an online magazine called GAM which reports on social justice including on the situation of Iranian workers. The couple have been imprisoned for about six months since January 2019.

Sanaz Allahyari went on hunger strike to accompany and support her husband.

Ms. Allahyari had been detained in the notorious Ward 209 of Evin when she was transferred to the general ward in early May. She has been deprived of receiving medical treatment despite her serious illnesses and is not being sent to hospital.

Amnesty International issued a statement on July 3, 2019, about the three journalists detained for reporting on workers’ rights and protests. AI indicated that they had been held in prolonged solitary confinement and interrogated without a lawyer present. AI added, “Sanaz Alahyari has been suffering from recurrent stomach pains, weight loss and severe shaking in her hands and legs for at least two months, and urgently requires medical treatment.”

In other news about female activists in Iran, civil activist Iran Rahpaykar continues to remain in limbo in the detention center of Sanandaj, capital of the Iranian Kurdistan Province, despite passage of 1.5 months since her arrest. She has been taken several times to the Department of Intelligence for interrogation. Ms. Rahpaykar suffers from asthma and her health condition has been deteriorating day by day due to lack of medical care.

Ms. Elena Allahverdi, an employee of the Ministry of Oil, is also held in the general ward of Evin Prison under undecided status. She was arrested in March 2018 by forces of the IRGC counter intelligence and taken to the IRGC detention ward in Evin. Despite passage of 16 months since her arrest and while her case has been sent to the court, her legal status remains unknown. Elena Allahverdi is 36 years old and has spent one year of her detention in solitary confinement and under continuous interrogations.