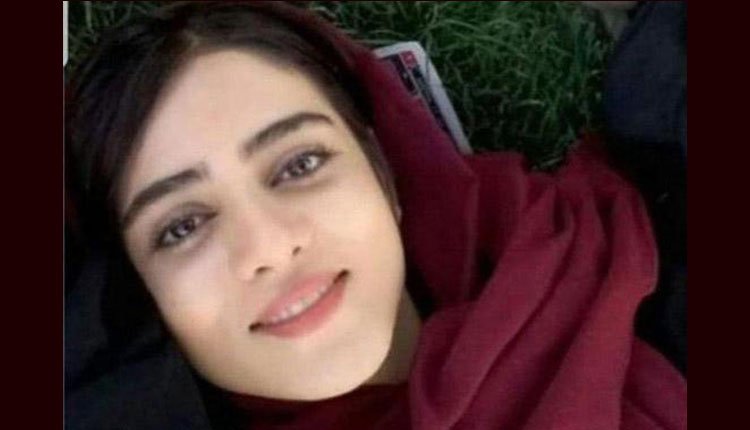 Sahar Khodayari dies in hospital one week after setting herself ablaze

One week after setting herself ablaze outside a courthouse in Tehran, Sahar Khodayari died in hospital on Monday, September 9, 2019.

Sahar Khodayari was buried in Qom under security measures, without her family being informed. Some reports indicate that she had died three days earlier. Her family have been threatened not to talk to the media about the time of their daughter’s passing and the manner of her burial.

Sahar Khodayari, 29, was a graduate of English translation. She had disguised herself and attempted to enter Azadi Stadium on March 12, 2019, to watch the football match between Esteghlal and Al-Eiyn teams. When security forces wanted to frisk her, she said she was a girl and thus arrested by security forces and taken to the Qarchak Prison.

Since her family was not able to immediately provide the 50-million-toman bail to have her released, she had to spend several days in the notorious prison for women until March 16, 2019. the detention badly terrified her with emotional and mental consequences.

Furthermore, she had referred to the court branch several times to receive her mobile and other personal belongings confiscated from her at the time of arrest, with no success. Monday, September 2, 2019, was the last time she referred to Tehran’s Revolutionary Court where she learned that she must spend six months in prison.

Eyewitnesses reported that she exited the courthouse while screaming, and then she set herself ablaze.

Having suffered third-degree burns in 90 percent of her body, particularly in the lungs, Sahar Khodayari was hospitalized in Motahhari hospital. Doctors did not have any hopes to keep her alive. During the time she was in hospital, reporters were not allowed in to inquire about her case, saying her case was “a security issue.”

Talking to Shahrvand newspaper, Mr. Khodayari said his daughter was “a simple young woman. She loved football and she loved Esteghlal team. This was the first time she had attempted to go to a stadium.”

Atena Daemi: Honored to receive another sentence for opposing the death penalty