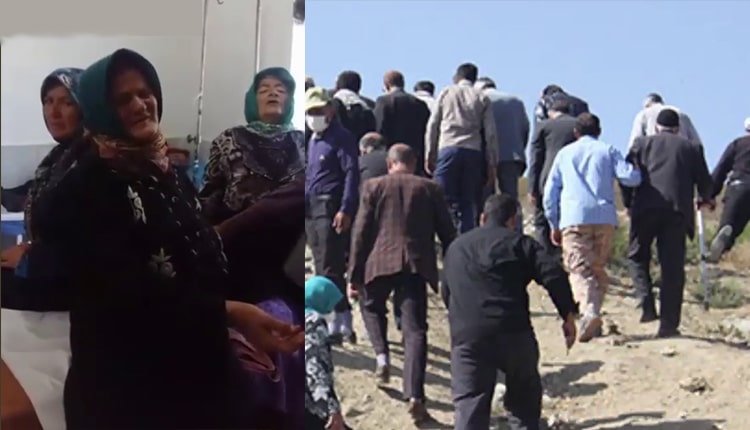 Forces of the Special Unit of the State Security Force attacked the protesting women in the Kordmir Village of Chardangeh, in Sari county. The fired plastic bullets on these rural women.

On Tuesday, September 24, 2019, inhabitants of this village protested the unsanitary storage of garbage brought into this area from various parts of Mazandaran Province, northern Iran.

This protest had lasted 17 days until September 24, when the forces of the State Security Force’s Special Unit raided and brutalized the protesters to disperse their crowd. They fired plastic bullets on the protesting women in this village.

In the video clips posted in the social media show the scenes after the attack. The women of this village are shown in a small clinic who were wounded in the attack. They stressed that they had been attacked by the Special Unit.

The situation of garbage and waste in Chardangeh district of Sari has created serious problems for the people and environment in this region. The only response to the protests of these people have been by force and suppression.

In another protest on Wednesday, September 25, the personnel of the Applied Sciences University and the Institute of Higher Education of Tehran’s Municipality, held a gathering in protest to three months of delay in payment of their salaries. These people are between 35 to 40 years old. Most of them have Ph.D. or Masters degrees and between 6 to 15 years of experience at work.

The students of Tehran’s University of Art, posted the portrait of imprisoned labor activist Marzieh Amiri on the wall and demanded immediate and unconditional release of labor and student activists.