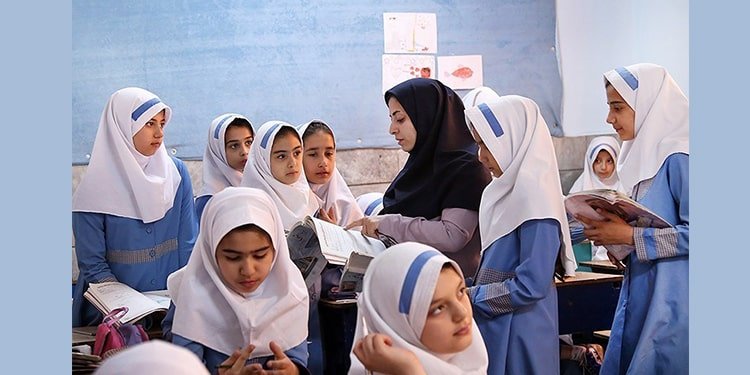 The World Teachers’ Day on October 5 is a day for countries to honor their teachers and the important role they play in raising the future generations. Social and economic development and much more depend on how the society prepares its most important asset, its children, to lead the country.

Having access to a decent education is what creates a more advanced and just society for all, including empowering women and emancipating them from being treated as second class citizens. This is where the role of the teachers proves pivotal. But teachers need job security and a decent pay to provide the next generations with such education.

Unfortunately, in an Iran under the mullahs’ rule the living conditions for teachers, over 50% of them women, is far below acceptable standards. Going unpaid for months, injustice in the adjustment of their wages with the living costs, and having no medical insurance are amongst the issues that make life difficult for and consume the energies of Iranian teachers. Instead of providing a good education, teachers in Iran are preoccupied by making their ends meet.

This is in stark contrast to developed countries like Sweden where teachers have some of the highest paying jobs and are among the most educated.

The financial situation of teachers

As for teachers who work on the basis of casual employment, and most of them are women, we can observe the following:

These well qualified teachers receive less than half the salary of an officially hired teacher and are deprived of all privileges of their hired peers. They enjoy no job security and have no privilege in the subsequent hiring season.

There is no maternity leave for women. (The state-run Fars news agency- August 9, 2019)

A female casual teacher noted: “No wages is dedicated to us for summer and New Year’s holidays; our salaries don’t rise, and we don’t enjoy any kind of leave. No privileges are dedicated to us in our job and we cannot become a member of The Educators Savings Fund.” (The state-run Fars news agency – August 9, 2019)

On 5 October 2018, the World Teachers’ Day, the UNESCO National Commission website defined the right of access to a professional teacher and strong educational force for children, especially those in deprived areas, as the indicator of a rich and fruitful education. But how can a teacher preoccupied with lack of job security, governmental support and insurance, and a salary markedly below the poverty line, be an instrument of a high quality education?

The situation is not much better for officially hired teachers:

“Each year the budget allocated to the Ministry of Education can only cover teachers’ salaries and the day to day expenses of this ministry. Even this salary is still two-folds under the poverty line,” said Mozhgan Bageri, a teacher and a guild activist. (The state-run Salamatnews.com – September 26, 2018)

“The teachers of the Literacy Movement in our country haven’t been paid for months and they lack job security. Teachers hired by the Ministry of Education are struggling to make ends meet…In a decent educational system the most attention is paid to the teachers…but unfortunately this is not the case here and they face different economic problems,” said Seyyed Mohammad Javad Abtahi, a member of the Parliamentary Education and Research Commission. (The state-run Salamatnews.com – September 26, 2018)

Iran’s Minister of Education, Mohammad Bathaii, points out: “Teachers have always had a second job to make ends meet. If a teacher just wants to live on his/her salary, to be honest, he/she cannot even have a middle class life.” (The state-run Tasnim news agency – March 3, 2019)

“69% of the teachers are taxi drivers as a second job and 54% of them don’t have enough income and no time left for themselves,” Vahid Mahmoudi, an economist and a university professor emphasized. (The state-run Tasnim news agency – March 3, 2019)

It is no surprise that retired teachers in Iran face even much harsher lives as their pensions in no way match up with rising two-digit inflation the country experiences year after year.

The impact of teachers’ widespread protests

Thus, the World Teachers’ Day is not a day for celebration for Iranian teachers; instead it has turned into an opportunity for the teachers to protest their poor livelihoods and to fume out their discontent toward the educational system that is incapable of affording them a decent life for their precious service to the society.

The Iranian regime is well aware of the deep and restive popular discontent that Iranian teachers are at its forefront. This undeniable fact is even reflected in the state-run media. The IRGC-backed Tasnim news agency on September 14, 2019, reported: “Not only the teachers’ livelihood is harmed when they don’t receive their salaries, but also our governance seriously suffers.”

Teachers of Kohgiluyeh and Boyer Ahmad Province gathered in protest on June 1. Protesting their unemployed status, one of the teachers said: “The average monthly salary of many of the 1400 pre-school teachers in Kohgiluyeh and Boyer Ahmad Province is 200,000 tomans per month (roughly $17). Many of us are married. Does such a wage inspire us to work? In this province teachers are not officially hired and we have no job security.” (The state-run KABNA website – June 2, 2019)

Female teachers have always fought for their rights. Last year alone, female teachers and pensioners participated in at least 581 protests. There were five rounds of nationwide protests and sit-ins last year during which women played a very active role. These protests are continuing this year.

Just this Thursday, October 3, 2019, a number of teachers and educators held protest gatherings outside the Departments of Education in Isfahan and Tabriz, demanding their unpaid salaries. They carried placards which read, “Justice, Justice is our nation’s motto,” and “We will not let up until we gain our rights.” A gathering by teachers in Ahvaz against arrest of teachers activists.