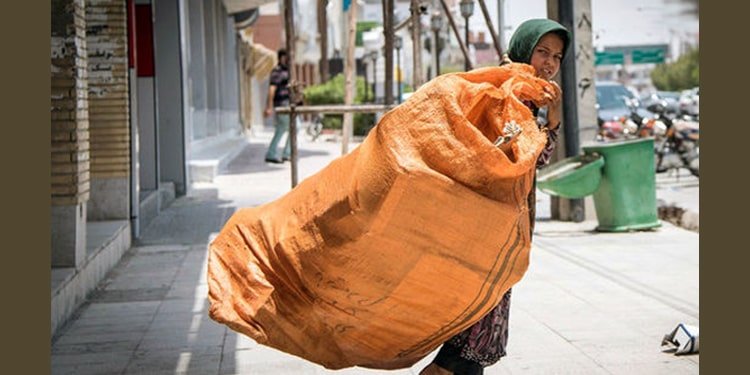 Girl children sifting through garbage to earn a meager living are victims of absolute poverty in Iran. The “Garbage Mafia” in Tehran takes advantage of them to make fortunes.

Addressing this issue, Hossein Maghsoudi, member of the mullahs’ parliament, said, “Garbage gangs use derelict children and women, and addicts to collect garbage. Today, these children are victims of this ‘dirty gold.’ Currently, there are some 15,000 scavengers in the capital, 5,000 of whom are children. 40% of them are 10 to 15 years old and their families’ only breadwinners.” (The state-run ICANA news agency – October 18, 2019)

State-run media have written about the girl children sifting through garbage saying they are more vulnerable to diseases than boys. Their long hairs are full of lice and they have not enough water to wash their hair. The little water they use is contaminated. (The state-run ICANA news agency – October 20, 2019)

Iron deficiency, lice, skin and ear infections, severe malnutrition, hepatitis A and AIDS are just some of the diseases child laborers are affected with.
Elham Fakhari, a member of Tehran’s City Council, had earlier said, “Most of these children have diseases, but their illnesses are not a priority among their problems, because most of them are sexually abused.” (The state-run ILNA news agency – June 12, 2019)

A garbage dump woman called Zainab says “bullying and rape are the main problems female workers in the garbage dump have to deal with.”

A social activist also said, “Children sifting through garbage work an average of more than 10 hours a day. There were kids who worked 20 hours a day. This is kind of a modern slavery.” (The state-run Tahlil-e Iran website- January 8, 2018)
There are children from 4 to 12 years old among the scavengers. Living in sheds made of junks and full of vermin, lack of bathrooms and showers, and contagious diseases are just some of the problems these children have to deal with.