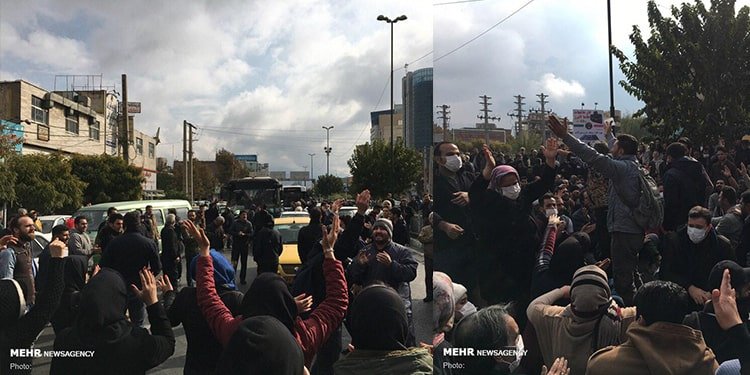 Despite massive and brutal crackdown on Iran protests, the people of Iran spread their protests to over 100 cities all across the country, according to state media.

Sunday, November 17, 2019, for the third consecutive day, Tehran and many other Iranian cities including Shiraz, Shahriar, Islamshahr, Robat Karim, Sanandaj, Khorramshahr, and Karaj were scenes of popular protests. Various districts of Tehran, including Tehran Pars, Enghelab Avenue, and Tehran University were scenes of protests where people clashed with the suppressive security forces.

IRGC forces opened fire on the people on strict orders from Khamenei, killing dozens of protesters. Up until now, 27 people are confirmed dead, but the actual number is higher.

Presenting condolences for the heroic martyrs of the uprising, Ms. Maryam Rajavi, President-elect of the Iranian Resistance, hailed the Iranian people in their uprising all over Iran. She added that Khamenei and his gang try in vain to keep their hold on power through such inhuman crimes. The religious dictatorship in power in Iran that has been committing crimes against humanity during 40 years should be discarded from the community of nations. UN Security Council, UN Secretary-General, UN Human Rights Council, UN High Commissionaire for Human Rights and other related international bodies and entities in defense of Human Rights should strongly condemn this regime and take appropriate decisions in this regard.

The ruling religious fascism has committed crimes against humanity for 4 decades. It must be banished from the world community. UN Security Council, Sec. Gen., High Commissioner for #HumanRights & human rights organizations must condemn the regime & adopt binding decisions. #Iran

The state-run Fars news agency in Iran, affiliated with the Islamic Revolutionary Guard Corps (IRGC), published a report based on “the primary estimates and evaluations of an intelligence agency.” The report estimated that a total of 87,400 protesters had poured to the streets, “5200 of whom ere women.” The IRGC news agency said the scale of the protests were “more extensive and more destructive” compared to the uprising in December 2017-January 2018. 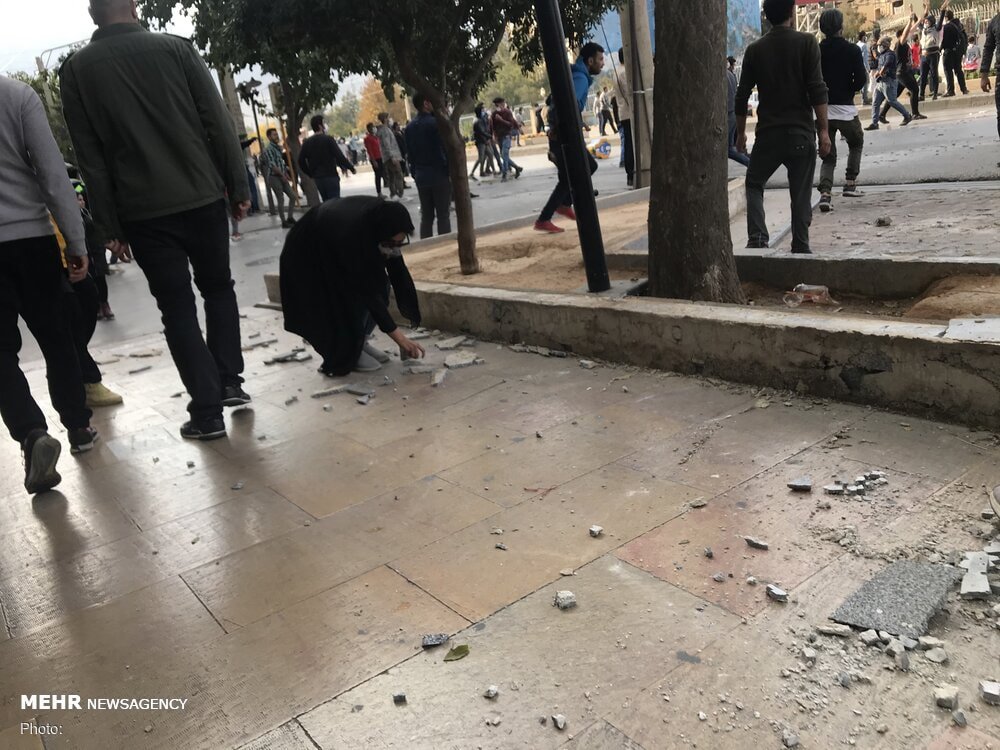 According to Fars, “small and large protests and gatherings were held in 100 parts of the country” and “so far, some 1,000 persons have been arrested in the recent unrests across Iran.” (The state-run Fars news agency, November 17, 2019)

Iranian university students joined the protests on Sunday. The students of Tehran University held a major gathering on campus, chanting “death to the dictator.” In Tabriz, students of Tabriz University marched in solidarity with the general Iran protests.