Three women were among those killed during the first three days of the nationwide uprising in Iran. The three women were shot dead by security forces in Tehran, Saveh and Boukan. 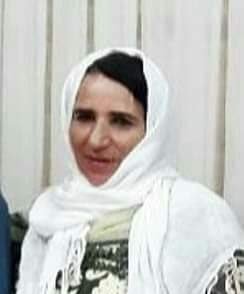 On Saturday, November 16, 2019, a 50-year-old woman by the name of Mina Sheikhi, was shot dead during the protests in Tehran. Security forces have refused to hand over the body of Mina Sheikhi who was originally from Saqqez, in the Iranian Kurdistan.

On Sunday, November 17, 2019, armed forces in the city of Boukan, in the Iranian Kurdistan, opened fire on protesters. A young woman by the name of Shelir Dadvand, was killed during this attack.

Also, on Saturday, November 16, 2019, a middle-age woman was shot at point blank range and killed by anti-riot forces. A video clip of the final moments of this woman has been posted on the internet and social media.

The People’s Mojahedin Organization of Iran has so far confirmed the deaths of 61 protesters in 10 cities. The actual number of the victims must be higher.

Mrs. Maryam Rajavi, the President-elect of the National Council of Resistance of Iran (NCRI) offered her condolences to the families of the honorable martyrs of the uprising, noting, “The regime’s atrocities during the past three days are undoubtedly a manifest case of crime against humanity. Those responsible have in the past four decades continued to perpetrate crimes against humanity, including 120,000 political executions, and the massacre of 30,000 defenseless prisoners in 1988. This regime must be banished from the international community and Khamenei, Rouhani, and other regime leaders must face justice for committing crime against humanity.”

Despite threats and massive clampdown on the protesters green lighted by the mullahs’ supreme leader, Ali Khamenei, and head of the Judiciary, Ibrahim Ra’isi, Iranian cities have become scenes of anti-government protests and confrontations with security forces.

“It is legitimate and deserving of our respect when people courageously air their economic and political grievances, as is currently happening in Iran,” Chancellor Angela Merkel’s spokeswoman Ulrike Demmer told reporters.

“The Iranian government should respond to the current protests with a willingness to engage in dialogue,” she told a regular press conference, adding that Germany was following the events “with concern.”

“We urge the government in Tehran to respect freedom of assembly and expression.”

The White House on Sunday condemned the use of force against protesters in Iran and the near total communications blackout imposed since Saturday.

A White House statement on November 17 expressed “support” for “the Iranian people in their peaceful protests.”

“We condemn the lethal force and severe communications restrictions used against demonstrators,” the statement said. 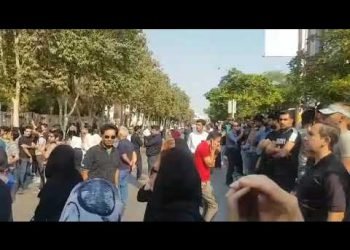 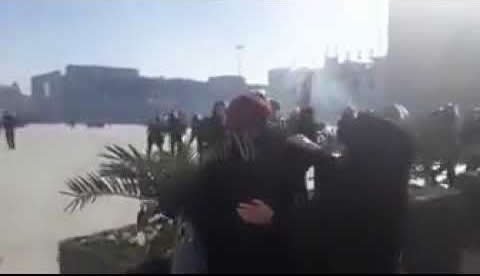 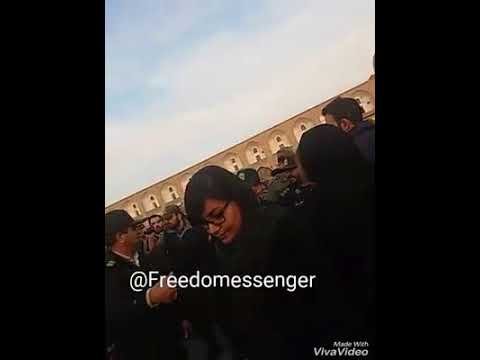 Courageous Iranian woman stands up to SSF in Isfahan