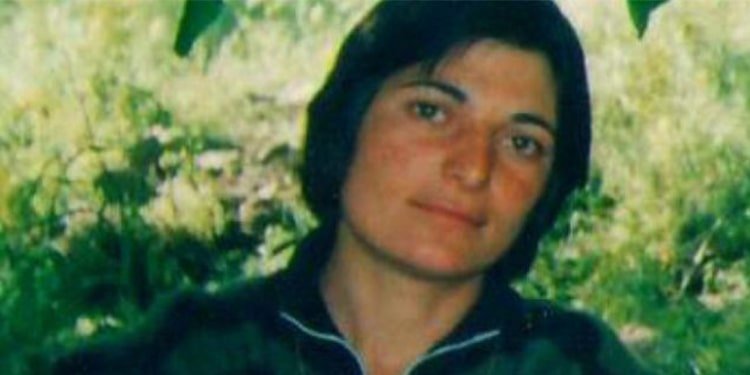 “So long as we breathe, we won’t let the blood of young people get wasted,” wrote Kurdish political prisoner Zeinab Jalalian in a letter from the Prison of Khoy, declaring support for the nationwide uprising of the people of Iran in November 2019.

Kurdish political prisoner Zeinab Jalalian was arrested in July 2007, and sentenced to death in 2009. In 2011, her sentence was commuted to life in prison. She has the heaviest sentence among female political prisoners, and suffers from various illnesses due to prison conditions.

The deceptive government of the Islamic Republic continues to respond with bullets to the cries of Iranian people for freedom. But history has proved that no bullet can stifle and silence the rightful cries of the people of Iran.

Due to prison conditions, I have been following up the news of the nationwide protests for the past two weeks through the Islamic Republic’s media outlets. During this period, I have repeatedly seen how the officials of the Islamic Republic shamelessly announced in all their media that the protesters were not Iranian. They changed the main question and tried to divert the public’s attention from the main problem which they have been denying for years.

Since 2009, the people of Iran have come to the streets several times to demand their rights. The officials of the Islamic Republic, however, have unfortunately used shameless language to brand them as rioters, Daesh and aliens.

These officials don’t know what they want to do. Once they say it is the people’s right to protest, of course this is not for the people of Iran but for the people of other countries. Another time when people take to the streets, they react by batons, handcuffs and imprisonment. Most tragically, they open fire on innocent people. People who have cried out because of their difficult living conditions and demand improvement of their situation, are met with bullets of the Islamic Republic.

Unfortunately, the officials of the Islamic Republic do not want to believe that it is the 21st Century, and they can no longer govern people by promoting ignorance and superstition, and by their lies and deception. I am deeply saddened for those who have been arrested and tortured in these demonstrations, particularly those who lost their lives. This great sorrow will never leave our hearts. I feel your pain with my every single cell because I have been incarcerated by these oppressors since 2007 for demanding freedom, justice and equality.

‌But this is not why I am suffering. I am suffering because I will never see and can no longer hear the cries of those dear souls who loved freedom, only because they did not comply with the bloodthirsty regime and proudly gave their dear lives for the cause of freedom. So long as we breathe, we won’t let the blood of these young people get wasted. And I, too, will remain in the camp of toilers and against oppressors until achieving victory.

Halimeh Samiri slain in the Iran Uprising in November 2019