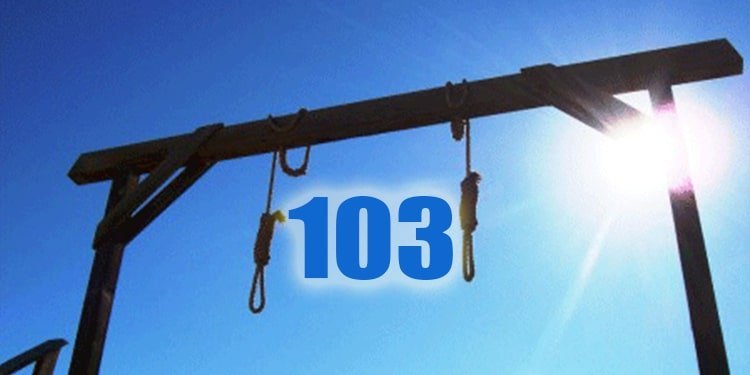 The identities of three women  hanged in Gohardasht Prison in Karaj have been recently verified. The recently announced executions took place in the early and mid-December.

In the meantime, the identities of the two women hanged in Gohardasht Prison on December 4, 2019, have been confirmed. They, too, had been transferred to Gohardasht from Qarchak Prison to carry out their death sentence.

One the women was Fatemeh Ghezel Safarlou, 26, who had been initially sentenced to three years for undeliberate murder of her husband in 2015. Subsequently, upon the request of her in-laws for retribution, she was sentenced to death.

Nargess o-Sadat Tabaii was the second woman executed on December 4, 2019, on the charge of murder. She is around 50 years old and was arrested and detained 7 years ago.

With these three women the total number of women executed during Rouhani’s tenure reaches 103. The regime has executed six women in the three weeks of December, alone:

The news of the executions of only two of these women has been announced by the Iranian state media. Iran holds the world’s record of top executioner of women.

As a consequence of the clerical regime’s failure to categorize deliberate murders according to their degrees, anyone committing murder is sentenced to death, regardless of their motives. Many of the women convicted of murder in Iran are themselves victims of violence against women and have committed murder in self-defense.