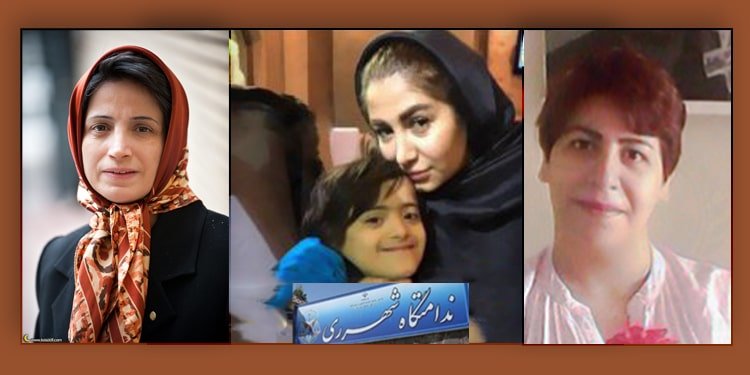 The prison term for writer and researcher, Mojgan Kavousi, is increased to 6 years and 3 months

As the coronavirus outbreak spreads across in Iran and in Iranian prisons, political prisoners are denied temporary release to avoid contracting the virus. Several women political prisoners in Evin and Qarchak prisons have started hunger strikes since several days ago to protest the regime’s policy of not releasing them on temporary leaves.

Human rights lawyer Nasrin Sotoudeh started a hunger strike on Monday, March 16, 2020 in protest to the prevention of the release of political prisoners amidst the coronavirus outbreak. In a letter from prison, she announced her decision and wrote, “It is a national need to shut down many wards of the country’s prisons, including the Women’s Ward of Evin. It is a nationalist need for the regime to reconcile with the world and take advantage of their science and technology to deal with the Corona disease.”

Political prisoner Rezvaneh Ahmad Khanbeigi also started a hunger strike on Monday, March 16, 2020, to protest prison authorities who oppose sending prisoners on leave. She is presently incarcerated in the Women’s Ward of Evin.

One of the reasons for the hunger strike of women political prisoners is their mistreatment by the authorities in recent days. They have repeatedly changed the list of prisoners who are supposed to receive leaves, adding and removing names. This has brought heavy psychological stress for political prisoners and their families in the present circumstances.

Another prisoner, Sona Hagh-Bayan went on a hunger strike on Thursday, March 12, 2020, to protest her 8-month detention and uncertainty in the “mothers’ ward” of Qarchak Prison of Varamin.

Ms. Hagh-Bayan is 36 years old and has a 9-year-old son who suffers from Down Syndrome. She had emigrated to Georgia where she worked as a tour guide. She was detained by the Ministry of Intelligence on June 30, 2019, upon arrival in Iran for a family visit.

In another development, the prison sentence of author and researcher, Mojgan Kavousi, was increased from 5 years and 7 months, to 6 years and 3 months.