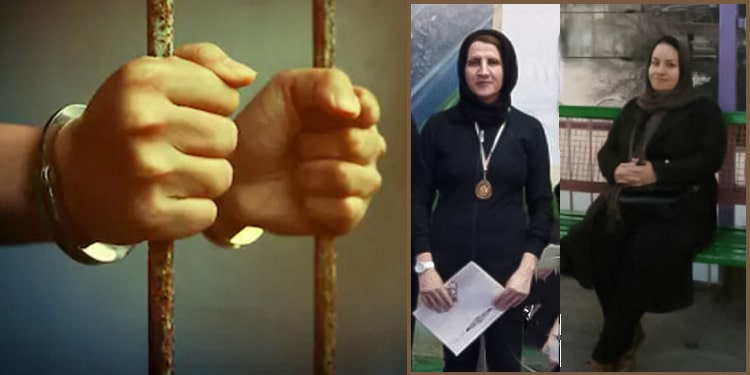 Four women among arrested PMOI/MEK supporters who are under torture

Four women are among PMOI/MEK supporters arrested in recent months who are under torture and threatened with death.

In step with handing down death and long prison sentences for detained protesters, the clerical regime has stepped up its arrests of young people and families supporting the People’s Mojahedin Organization of Iran (PMOI/MEK).

The secretariat of the National Council of Resistance of Iran issued a statement this evening, September 16, 2020, announcing the names of seven more PMOI/MEK supporters including four women who have been arrested in recent months. All of those arrested are under torture.

Zeinab Hamrang, 45, from Ardabil. Agents of the Intelligence Department arrested her in the city of Khoy in early September as she and her daughter were travelling to West Azerbaijan Province. She was transferred to Evin Prison in Tehran on September 5, 2020.

Sedigheh Morsali, 55, from Qom. She was arrested during a raid on her home in August. Ms. Morsali’s brother, Ali, was executed in 1981 for supporting the PMOI/MEK.

Aghdas Pour-Eshragh, 64 and a teacher from Tehran. She was arrested on July 26, 2020, and is presently detained in the Intelligence Ministry’s notorious Ward 209 of Evin Prison.

Khadijeh (Yalda) Imamdoost, 47, from Ilam. She was arrested in mid-June in her residence in Isfahan.

Mr. Esmail Kazemzadeh, 61 from Sarab; Vahid Papi, 35 from Andimeshk; and Esmail Namazi, 39 from Behbahan, were also among those arrested in June, July and August by agents of the mullahs’ Intelligence Ministry.